This is a recipe for simple veggie samosas that utilizes egg-less egg rolls, instead of homemade dough and baking instead of frying. 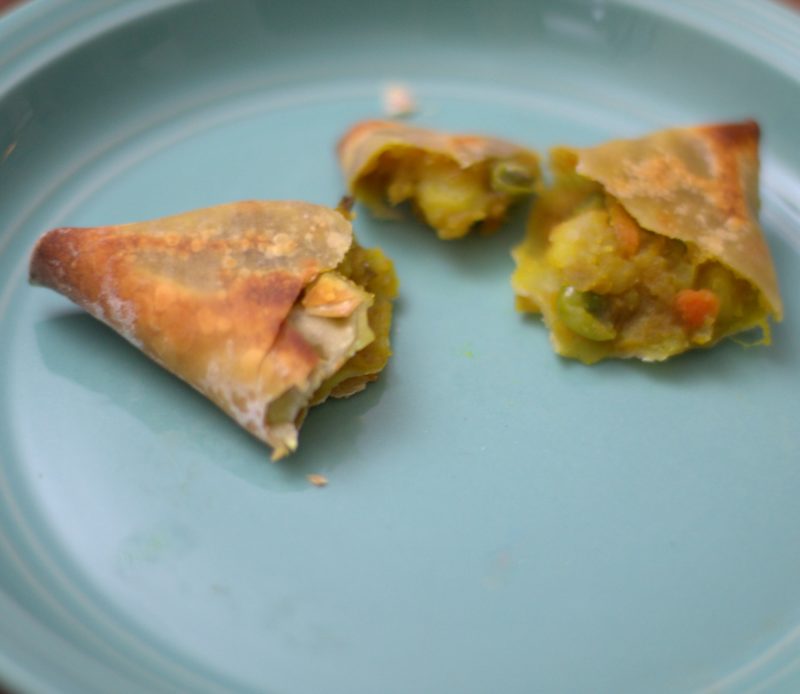 A few weeks ago, Chuck and I attended a housewarming party for some friends. There beautiful property was nestled in the mountains, miles down a dirt road and overlooking one of Vermont’s largest mountains. It was truly picturesque. Obviously, most of the party was outside (how else could we enjoy the view?), even after the sun went down and it began to get a little chilly.

I knew ahead of time this would be the case, because our friends, like us are outdoors people, it’s where we feel most at ease. However, it also present a unique issue when planning dishes to bring. 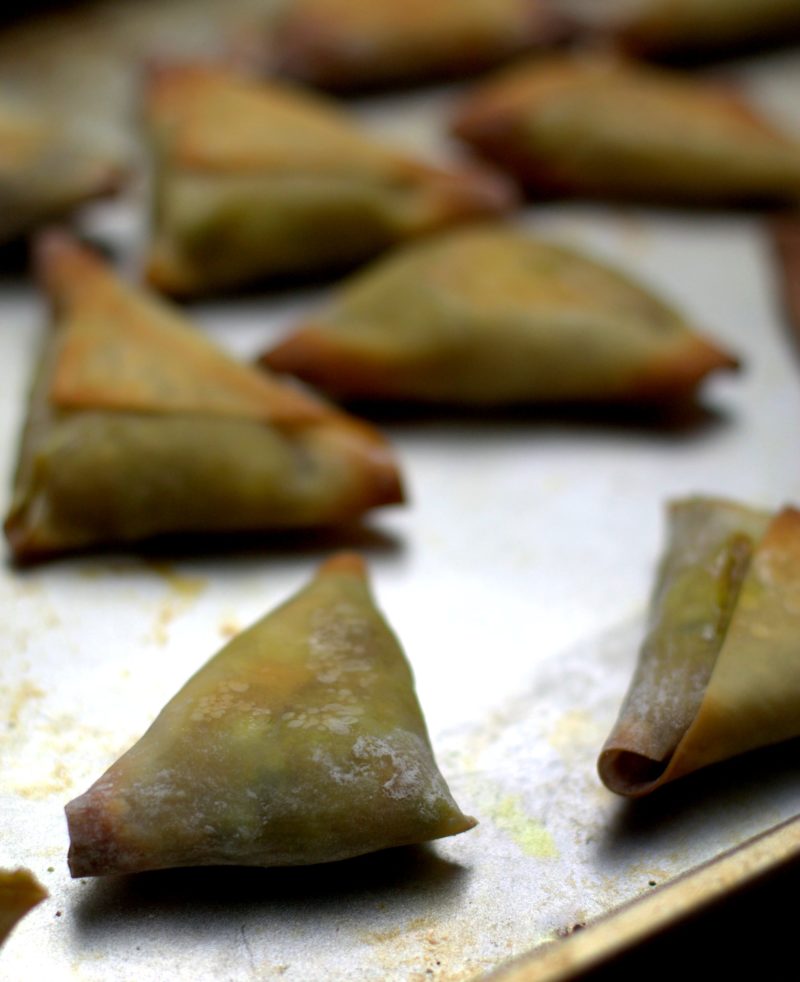 Let’s set the stage a little bit. You know its going to be a little chilly outside, so obviously you want something warm to eat. You can guess that most people are going to bring a hot cheesy dip, maybe some chili, or cocktail meatballs, something that can hang out in a crock pot. So what can you bring that’s not going to be the same as everyone else and still warm? Added bonus if you can eat it with your hands, so it does not interfere with your lawn game abilities.

This my friends is how I ended up on samosa’s. Samosa’s are a Middle Eastern dish comprised of a filling, in this case a vegetable curry filling, wrapped in a thin dough and fried. For this recipe I made life a little easier by using eggless egg rolls instead of making the dough from scratch and baking them instead of frying. 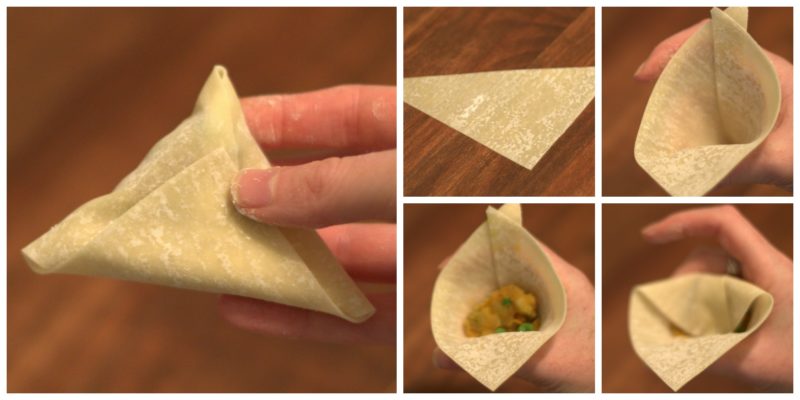 By preparing the samosas a day ahead of time I was able to relax on the day of the event and enjoy the 3 hour drive there. Once we arrived I popped them in the oven for 20 minutes at 350 just to warm them through and served them to eagerly awaiting guests. They were once of the first dishes to disappear, so I will definitely be making them again.