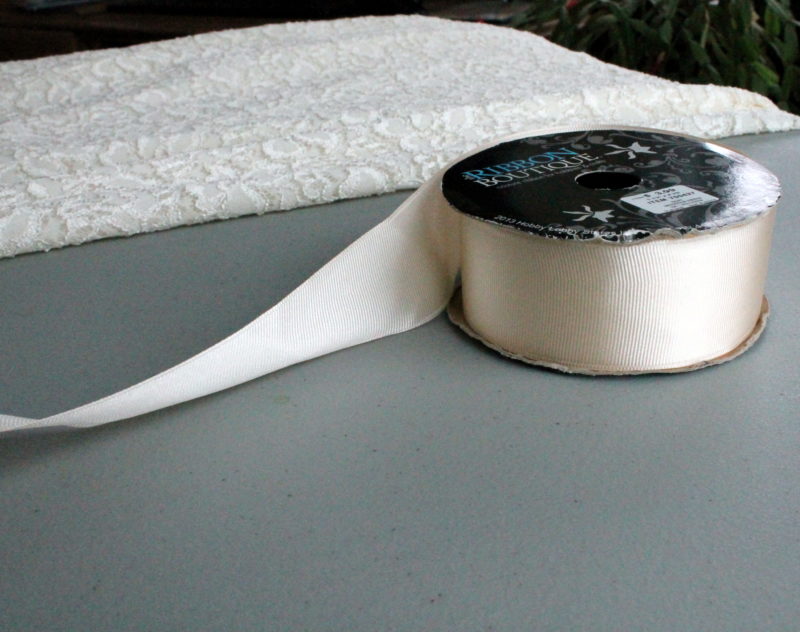 I’ve mentioned before that a lot of things for this wedding I made myself, most of the wedding dress was no exception. I’ll get to more of the details on that later, for now I just want to talk about one piece of the dress; the belt.

Honestly I had no plans on wearing a belt until I went dress shopping and tried one on. My family really liked the way it looked on me, and since I chose such a simple dress they liked the way a little glitz looked with it. Who am I to argue? Except when it got down to the price.

A simple beaded belt ran as cheap as $200. Yeah read that again. I was floored, that cost more than my dress (again we will talk about the dress more in the future). There was no way I was going to pay that kind of money for a belt that I would never wear again. So the only obvious solution was to make it myself. 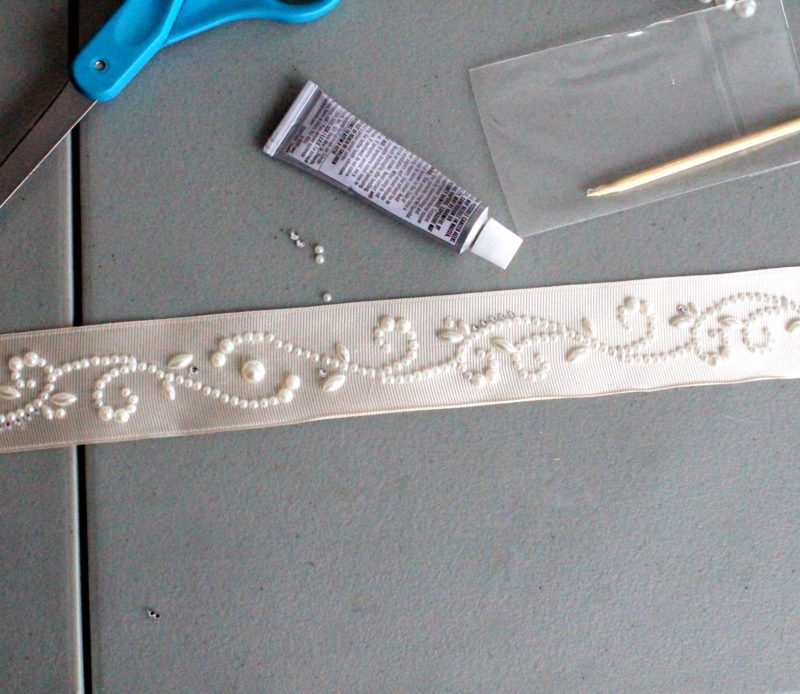 I had a million ideas and bought a ton of supplies to start with but what I ended up using cost less than $15. Would you like to know the secret? I used stick on beads from the craft paper section (similar stickers

). That’s right these beads were meant to stick on scrap books. I chose to use them for a number of reasons; for one they already had a pretty rad design that I didn’t have to think up myself. Secondly they just stuck on, so there was no sewing necessary, which saves so much time. Third they were actually cheaper than the pearls and rhinestones made for sewing on that I wanted to use. I was afraid, and correctly so that they wouldn’t stick well to the fabric so I also invested in some E6000® Craft Adhesive

as well. The glue worked like a charm and kept those babies on the ribbon.

This project was done in just one afternoon. It was as simple as peal, glue and stick. I did reshape parts of the design and add to it, but that wasn’t really too complex. I decided to keep the design basic and understated since that’s the look of the dress, though I don’t think it would have been too hard to go crazy with the rhinestones.

I really enjoyed this project and am completely thrilled with the results. I even got compliments on it from people who had no idea that I made it myself. I’m even more pleased to have such a big hand in the design of my final outfit for my wedding day, without spending a ton of money something that I would only wear once.