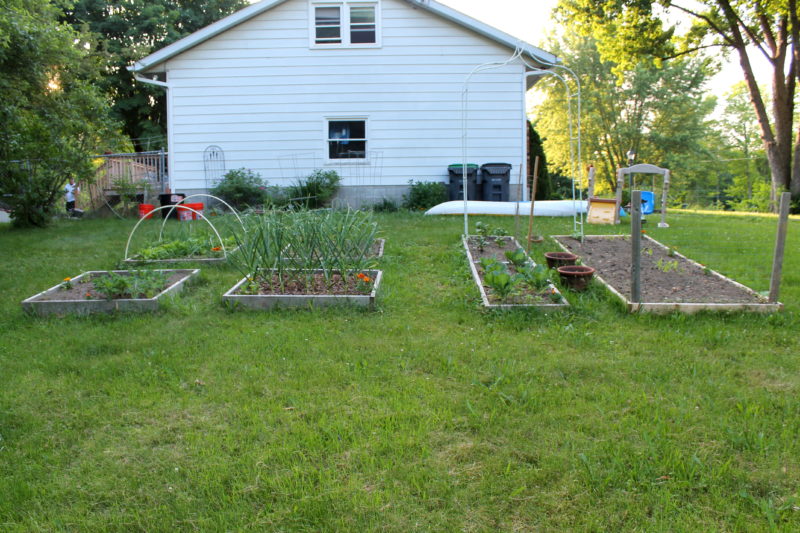 Throughout the lifetime of this blog, I’ve been trying to find a way to record the goings on in my gardens each year, but I’ve never been able to find something that sticks. I’m going to start writing about them as if I’m writing a journal. I think the more personal touch will help me stay focused on it, and not feel defeated when I have nothing to really report except a failed potato harvest (I’ll figure it out one of these days).

For this first post, there’s a lot to go over, since I’m starting it pretty late in the season, so grab a cup of something and settle in.

I started this year strong (for me). I painted my garden plan in the chilly winter months and swore I would stick to it. I also swore I’d write in my garden journal. Neither of those things has happened, shocker. However, unlike the last several years I actually got 90% of the plant’s and seeds in on time. For some reason that has always been a struggle, what can I say we always seem to be busy? It’s amazing how busy you thought you were before you have children. I get more done during a 2-hour nap than I used to get done in a whole day at home.

This year I chose not to start my own seeds. Last year ended poorly when I killed basically everything that I started. Our home is just not set up for starting seeds without major sacrifices and it’s just not possible with an almost toddler running around. All of all my plants came from a couple of local nurseries so at least I can feel good about that. 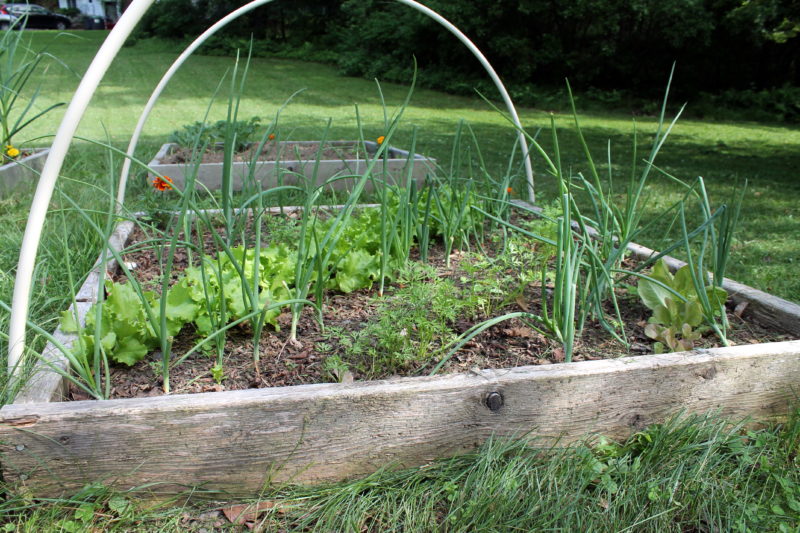 Nearly all my plants and direct sewn seeds went in on Memorial Day weekend. There are a few left that need buckets or new garden beds prepped that I am incredibly behind on. I’m just chalking it up to succession planting. We will have some staggered harvests, is all. One of my garden beds actually had a large number of volunteers this year so I decided not to plant in it yet. I’m hoping that this week I can transplant some of them over to their proper places and get some seeds going in it. It looks like I won’t need to purchase cilantro plants this year due to these volunteers, and I didn’t even plant cilantro in that bed!

This year I expanded the vegetable garden with a 4×12 box. The largest yet, to include a 3 sisters garden. It’s going to be a bit of a mixed bag of corn, beans, and squash and a row of cucumbers on the end. I’m really excited about this, because not only have I never grown corn before, but I’m trying painted mountain corn from my Survival Seed Vault. Seems like a really simple thing to grow, but I’ve never had space.

I’m also really excited to be trying out some new combinations of companion planting with both flowers and vegetables. I was able to get some really unique edible flowers from Botanical Interests, which is even more exciting. Maybe I’m a nerd but the anticipation of what this garden is going to look like a month from now is just killing me. 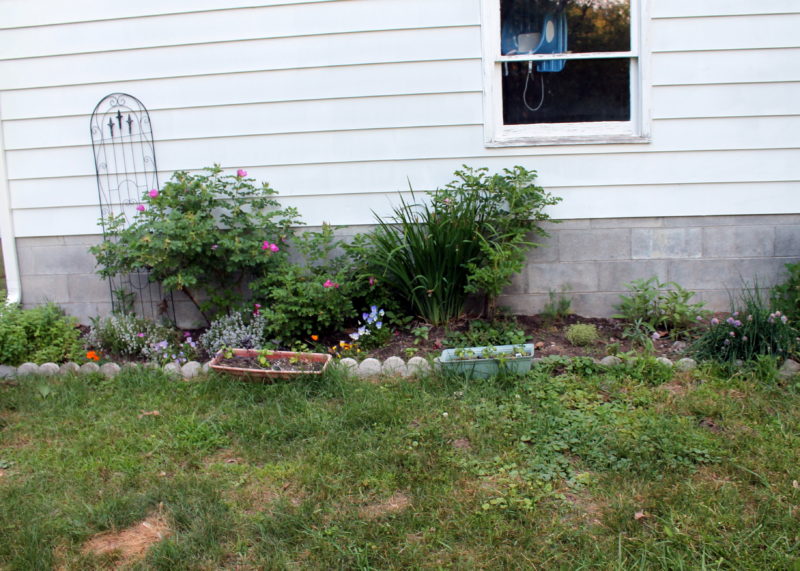 One little improvement that I just love is the addition of the stone border around the tea and herb garden. My mom got the stone for free on the side of the road and scooped it up, knowing I’d find some use for it. Originally, I had it along the back fence where we attempted to grow peas to no avail. I moved it this spring to help keep the weeds out, and help Chuck out. He prefers defined borders that he can mow or weed whack up to without having to worry about taking out my plants. It’s a win-win for us both. Now this space just needs an arbor over the garbage cans and a clematis to hide them from view a bit.

The front garden is in the process of expanding as well. I want to make it a complete triangle from one corner of the driveway to the other. This has been a slow going project mostly because it takes a larger chunk of time, and it’s not on high priority. I don’t even plan on getting the whole thing completed this year, buying that many plants is overwhelming, so I’m hoping to do half this year, and half next year and letting it fill in slowly.

Unfortunately, the perennial garden along the front of the house has taken a big back seat so far this year. It’s overrun with weeds, and really needs some love, but I just don’t have the time. So, for now, it will be what it will be. Hoping to get to it at some point. 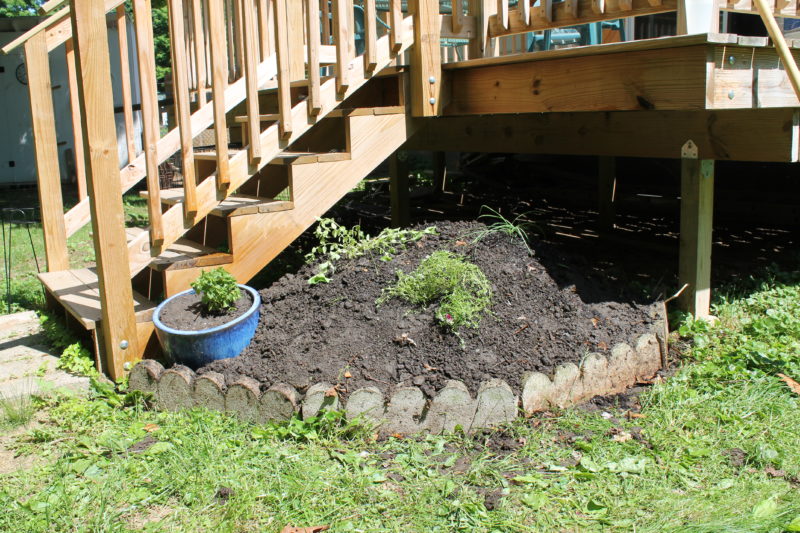 This is right after transplanting, don’t worry those babies perked right up the next day.

The last and most recent project is the addition of a hugelkultur garden next to the deck. I’ve got a whole post and another video coming for that one so stay tuned.

Phew! When you write it all out it suddenly feels like I’ve accomplished so much! Especially for having an almost toddler running around. Luckily he enjoys being outside and playing next to me while I plant and weed. I’m waiting for the day when he realizes that the garden boxes are full of dirt for the playing. It will happen soon I’m sure.