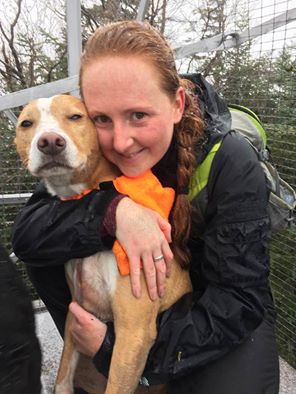 Last Saturday Brody and I met up with our friends Baxter and Carrie for another hiking session, despite poor weather forecasts. Sometimes you just have to get out there anyway, because there is so much to see and do and not enough time to do it all.

This was a fairly short hike that had a number of steep spots. Having never hiked it before I’m not sure whether the stream of water that we encountered on much of the trail was normal or simply due to the rain and snowfall that we were experiencing. There was one or two tricky parts, made trickier by the inclement weather. We didn’t stay long at the top because it was cold windy, and surrounded by clouds.

On the way to camp we hit up Belfry Fire Tower also so that Carrie could check it off her list. We got back to camp, immediately started a fire and relaxed in bed with snacks. It was the perfect reward for a cold day in the woods. We were excited to get back at it on Sunday. 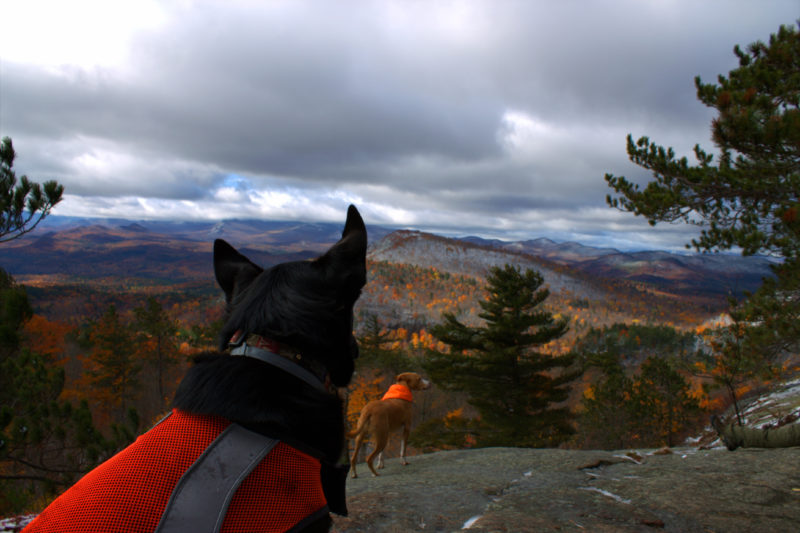 Unfortunately, we didn’t get any snow at camp in the southeastern Adirondacks, but woke up to a crisp fall morning that turned out to be gorgeous anyway. I was a little sore, and Carrie was excited at the prospect of potentially skiing the Toll Road (hoping there was more snow at the higher elevation) so we opted for another short hike in Pokamoonshine.

Driving up the Northway we could see snow covered mountaintops in the distance and I could see Carrie dancing with excitement in the car behind me. It was totally ripe for skiing. 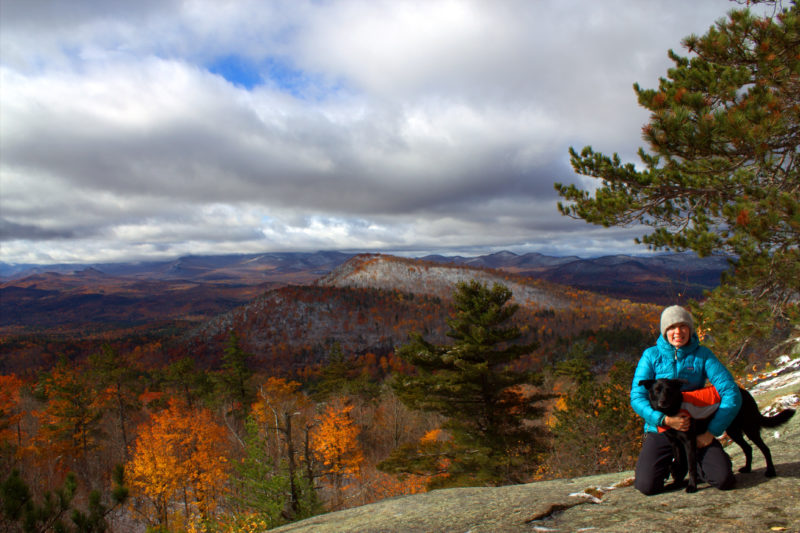 We decided to start our hike from the campground, to make it a bit shorter at only 2.4 miles. Though I’m pretty sure the shorter hike was steeper, because it was up all the way. I lagged behind a little bit, due to soreness, I think from overwork last week (I ran almost every day last week because it was so nice out), but we still completed it roughly 2 hours, including multiple photo sessions at (and near) the top.

The view for this peak made up for the lack of one the day before. It was breathtaking seeing the change in the mountains in the higher elevations that had snow versus the ones toward the south east that were a vibrant kaleidoscope of warm fall colors. 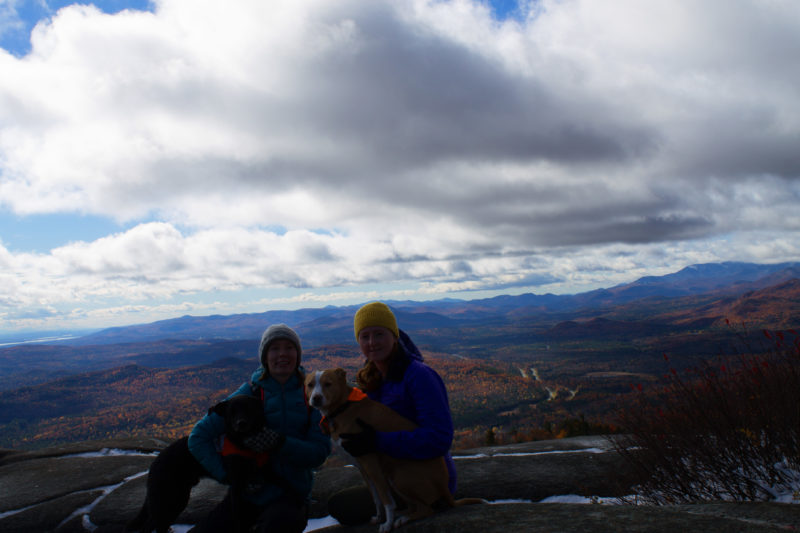 After that we went our separate ways so Carrie could ski and I could get back into the kitchen and prepare for the week (and Chuck’s first deer of the season!).