First off I want to start this by saying CONGRATULATIONS! to Anna of The Yellow Table. Before she had accomplished the monumental goal of raising
over $50,000 to publish her first book she asked her followers to help her
out by throwing dinner parties using her recipes to generate conversation. 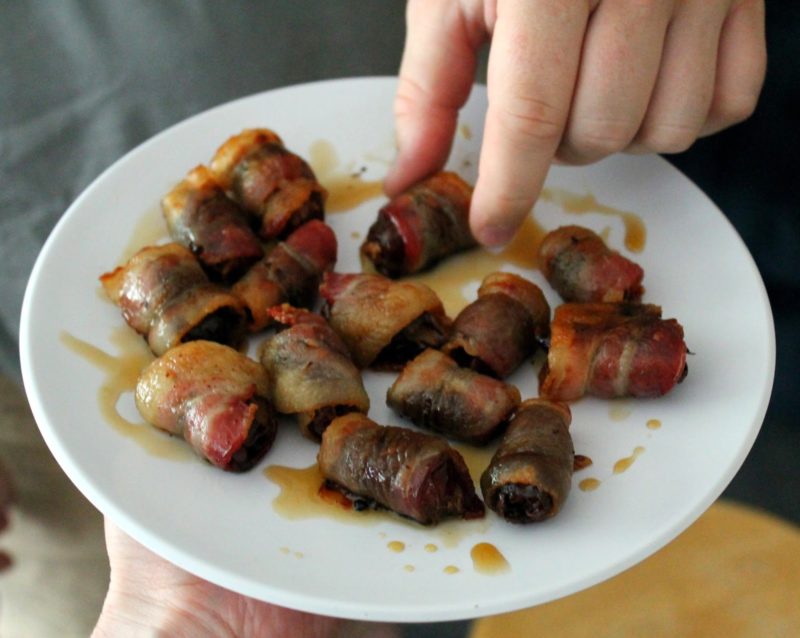 I have been following Anna’s entire journey from day 1 and I
now feel like one of those creepy stalker people, because I am so completely
invested in this thing. From writing the book in about 100 days to completing
a cross country road trip, and preparing several dinner parties along the way
she has done so much, so very much that I cannot comprehend how one person
could possibly do it all and remain so humble and thankful.
She’s already reached her goal (and surpassed it by over $10,000), but that wasn’t going to stop me
from throwing my dinner party, besides Chuck might murder me if I didn’t make
those dates I told him about.
I decided to go with the easy dinner party menu that she had
listed, as we had planned to go group ziplining earlier in the day, and I
wasn’t sure how ambitious we all would be. I of course had made a few
alterations, because that’s just how things are done around here and added a
recipe or two.
The Menu
Bacon Wrapped Dates with Cider Mustard Glaze (Recipe Below)
Apricot Dijon Roasted Chicken & Broccoli
Mimi’s Tomato Tart
Chocolate Chip Cookies 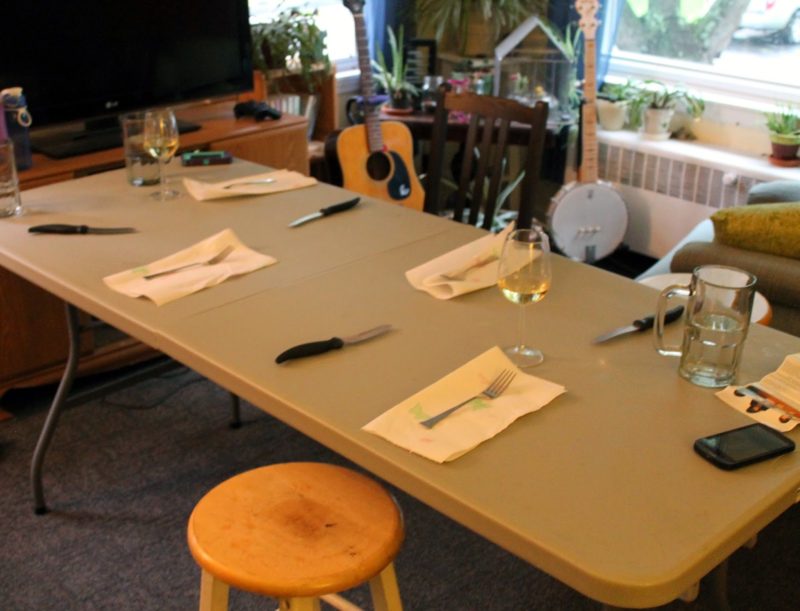 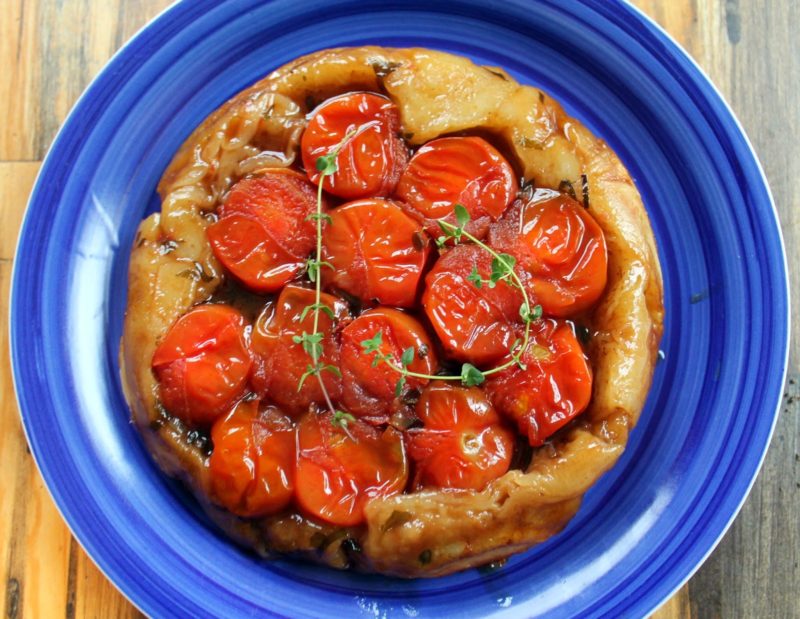 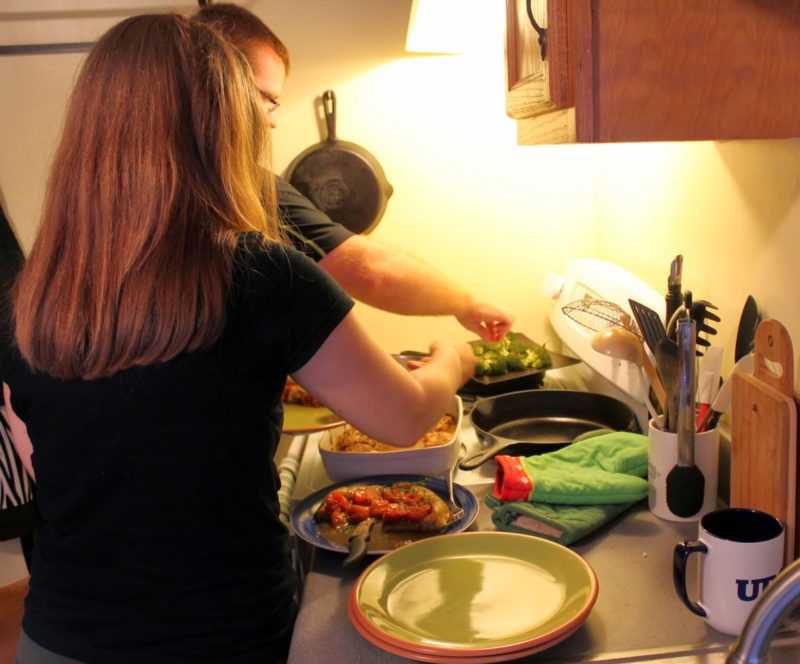 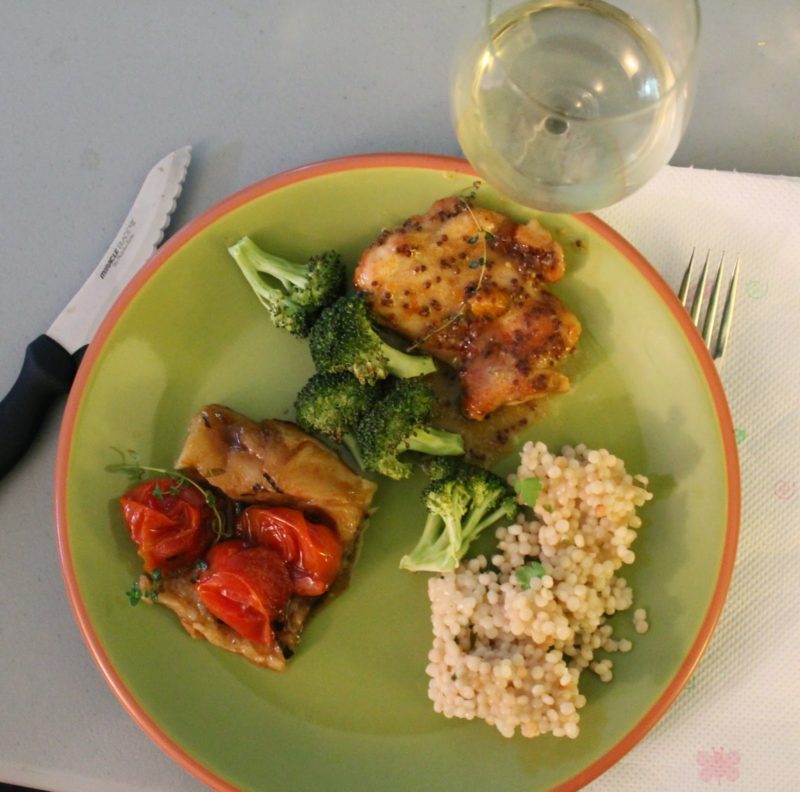 I decided to add the cider mustard glaze to the dates, because one
of our favorite restaurants has a similar appetizer with this kind of glaze,
and I’ve have been dying to figure it out. I also swapped the Roasted Carrots for the tomato tart because tomatoes are beginning to come in season here, and I
can’t resist them. Finally after all that, an adventurous day and the fact that
I don’t actually have any ramekins I decided to simply bake up some cast iron
cookies and serve them with vanilla ice cream instead of the Bittersweet Pudding Cakes, though some day I would really love to try out this recipe.
The night was I hope just what Anna had intended, light and fun
and full of casual chatter. 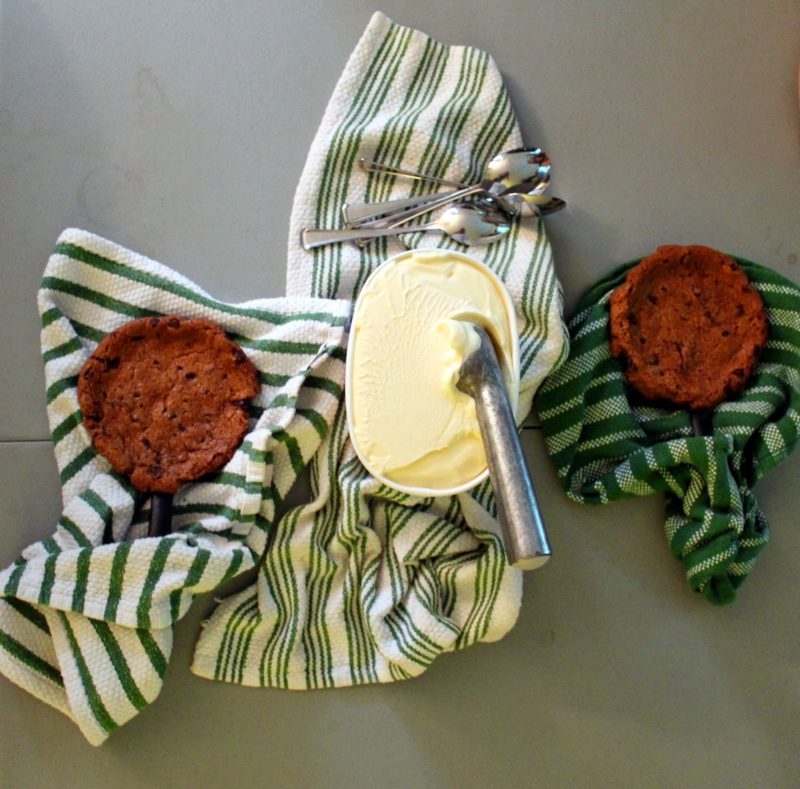 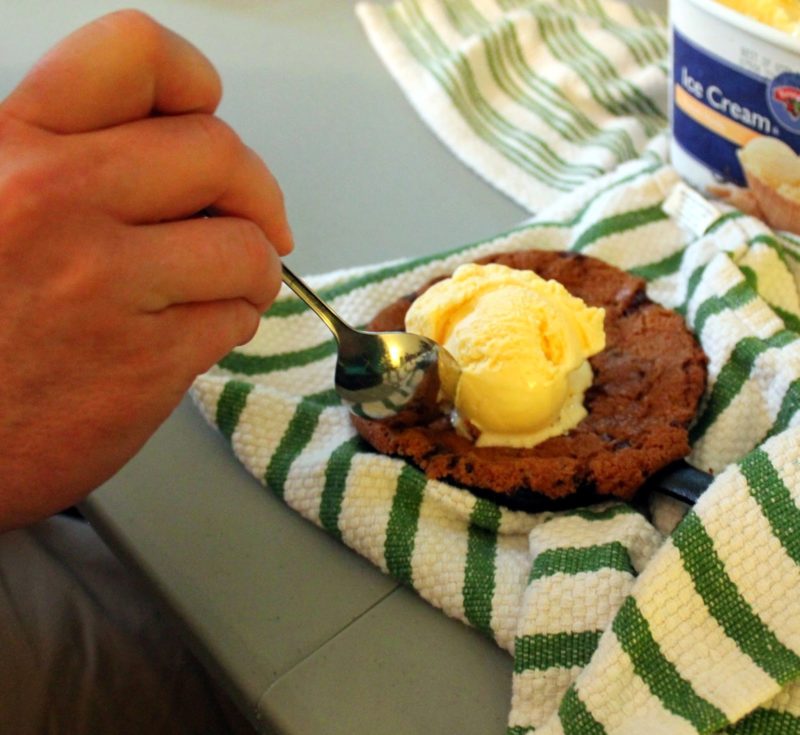 I know our home isn’t ideal for dinner parties (I mean check our awesome table) but I
really want to make more of an effort to invite people over and share food and
conversation. It’s so necessary in today’s day and age. 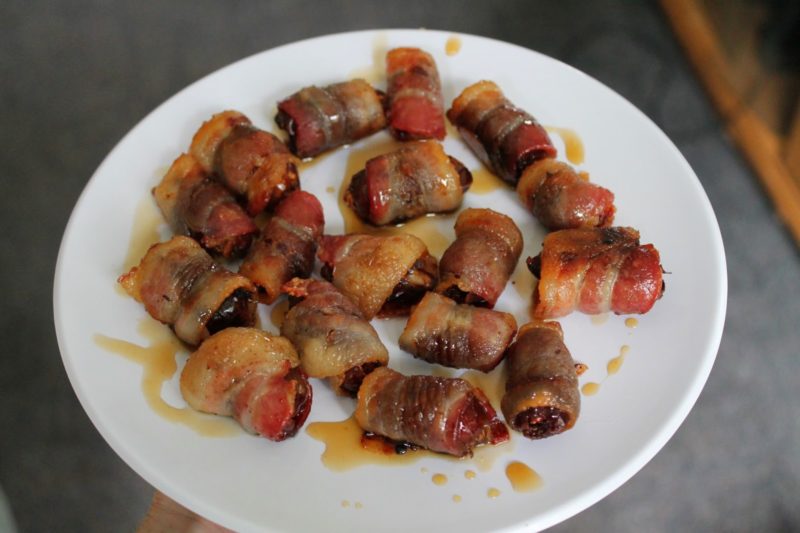 ½ cup apple cider vinegar (plus a splash)
½ cup granulated sugar
2 tbsp brown sugar
1 tsp ground mustard
Preheat the oven to 375 degrees. Cut a slit into the side of
the date and slip an almond into the center. Wrap each date in 1/3 a slice of
bacon, and arrange with the open side down on a rimmed baking sheet. Bake for
15-20 minutes until the bacon is crisp. Once cooked remove from the oven and
place on a paper towel to drain. Meanwhile combine the vinegar, both sugars and mustard in a
small sauce pan, and bring it to a boil. Immediately reduce to a simmer and
cook for 10 – 12 minutes until syrupy. Remove from the heat and finish it with
a splash more of cider to keep the flavor bright. Move the cooked dates to a
serving tray and drizzle with the glaze.
There is only one day left to pre-order The Yellow Table Cook Book. So if you are interested at all get to it!
Tweet
Pin6
Share
6 Shares
Previous Post: « Recouping with an Early Summer Abundance Bowl
Next Post: Summery Citrus Tilapia »