Yep, this whole breaking down what’s going on in our lives into parts thing is hanging around. Pregnancy-brain requires it. June was a lot of visiting with friends and family, as well as baby prep. 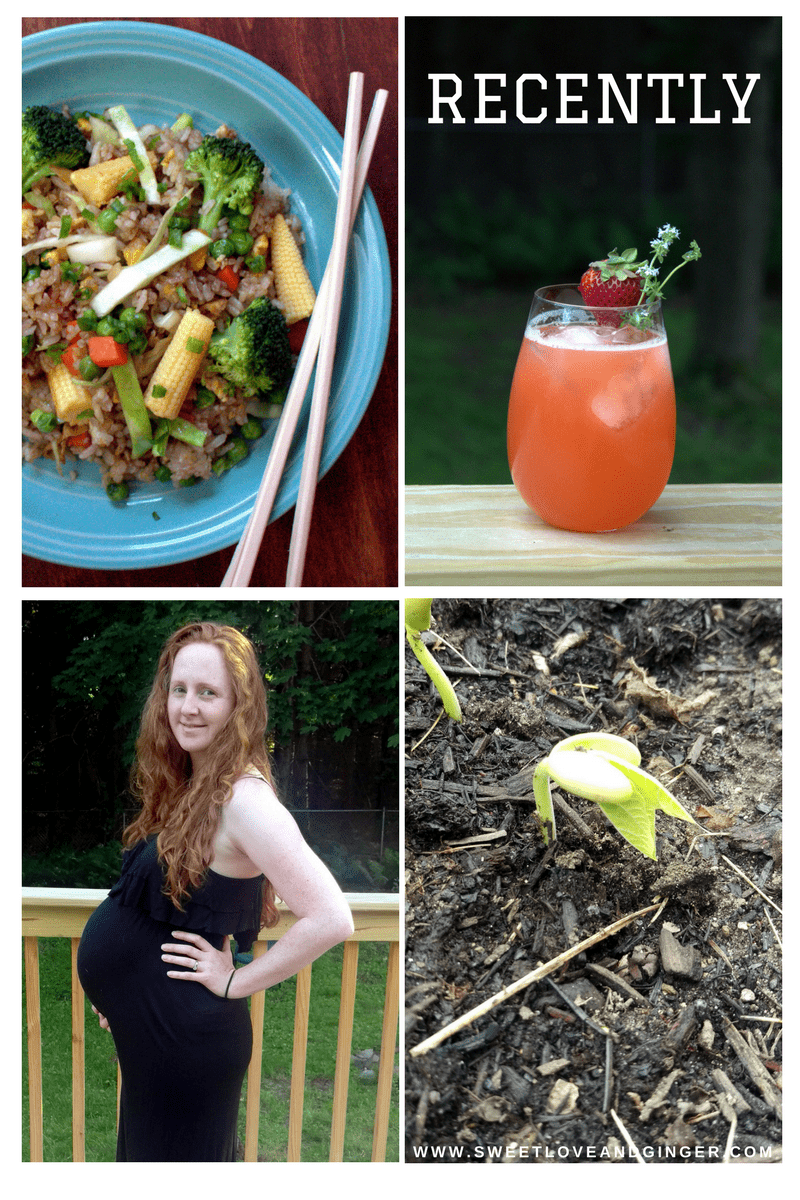 Since the kitchen renovation has been on hiatus for 2 months now, I’ve decided to rename this category just renovations. Chuck picked up work on the deck, with things like handrails, and an actual stairway landing. We had some lighting issues, and other small things that had to happen before baby so those have moved to the top of the list. Also, I’m not getting around so gracefully so he’s been helping me in the garden and with some of the household chores.

Still going strong. No eggs yet, though they should come soon. These guys aren’t as big of fans of compost as we had hoped, but maybe when they run out of grass and bugs in their pen they will start getting into it more. 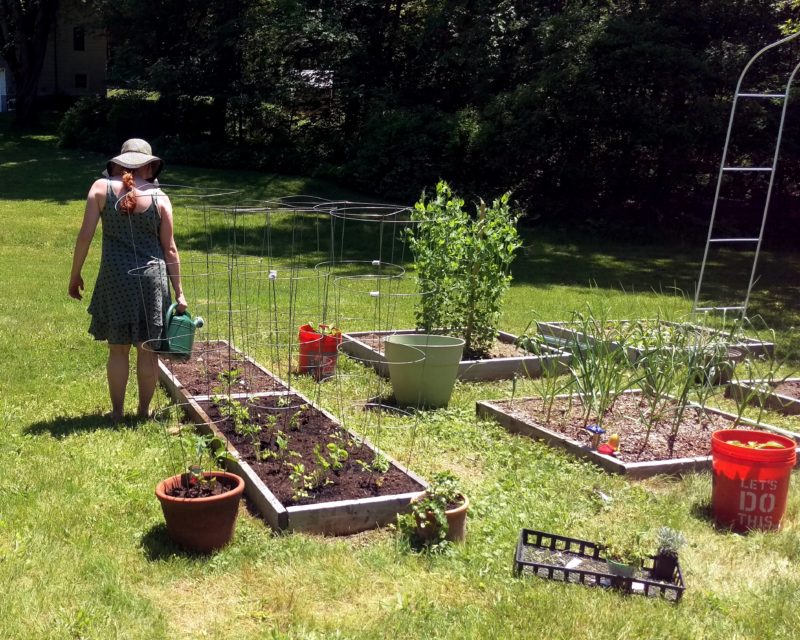 Everything is in! It took a bit longer than planned, with my current state and the weather, but it’s in, and momma is happy. We’ve just begun enjoying some greens in the form of lettuces, radish and beet tops. The peas are also starting to make an appearance which is very exciting, especially for Chuck, since they are his favourite. Most of our garden adventures can be followed along on instagram, since pictures say so much more.

Guys, we are in the home stretch! As of now, we are less than 3 weeks from the due date, so yes total panic is ensuing.

There was a lot on the social calendar this month, with my second shower, graduations,  and trying to see anyone before we go underground for a while. It was fun, exhausting and totally necessary.

This month’s episode features Sara of Cake over Steak. We talk about everything from her unique posting style to her favourite cookbooks to potluck recipes, and her annual Feast of Saint Pizza event. Hear the whole thing over on the site on July 1st.

July will have just as many social engagements, though other than that we are trying to take things easy over here. We are looking forward to spending some time together, settling in, and hopefully welcoming our new arrival.

Spent on Groceries in January: $565.43 – This month I was out of it, tired, indecisive, and unable to plan. Chuck or I ended up at the store every other day or so, and you can see what that kind of habit does to your grocery budget.

The cost of Garden Supplies 2017: $178 (This number includes all of 2017, in June I bought some vegetable and flower starts as well as some potting soil.)