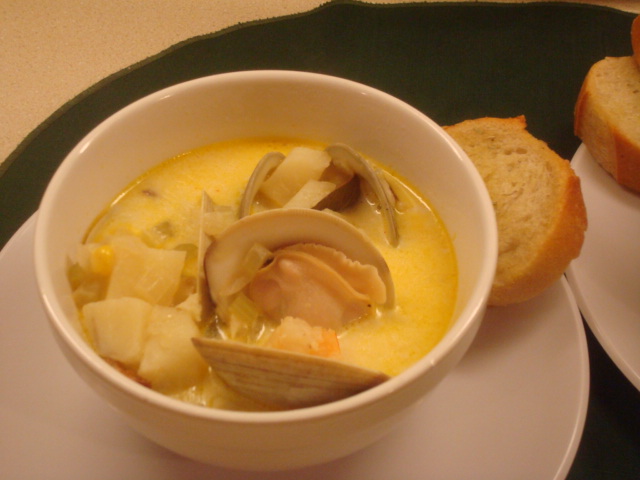 Could this be any more true? I never really knew how much I liked seafood chowder before I met ol’ Chuckles. It’s one of his favorites, so of course I had to learn how to make it for him!
There couldn’t have been a more perfect fall afternoon for it. We had spent most of the day outside and gotten rained on here and there. We were a little chilled and tired after an eventful weekend, so tired in fact that I fell asleep in the car on the way home. I woke up when “All my Life” by The Band Perry came on the radio. Seriously I will never get enough of that song.
As I serenaded Chuck the rest of the ride home we swung into the grocery store and picked up some clams, cod, and a small loaf of fresh baked French bread. As a side I sliced, the bread and brushed it with olive oil, garlic and rosemary. Then popped it in the oven for a while (10-20 minutes depending on size) at 425 degrees. The burst of rosemary flavor blended so beautifully with the creamy deliciousness of the chowder that I jam packed with seafood. 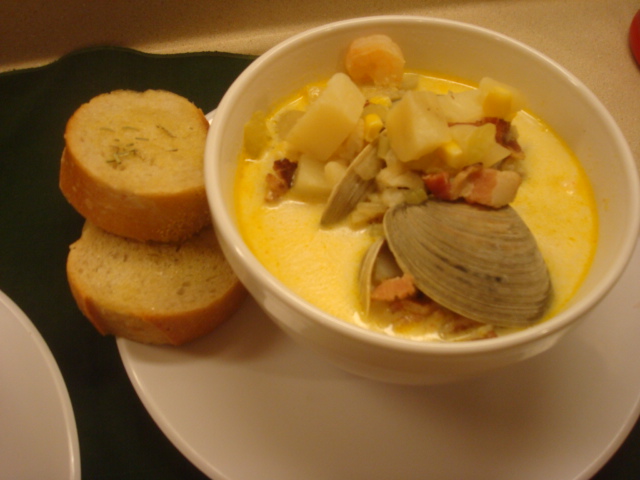 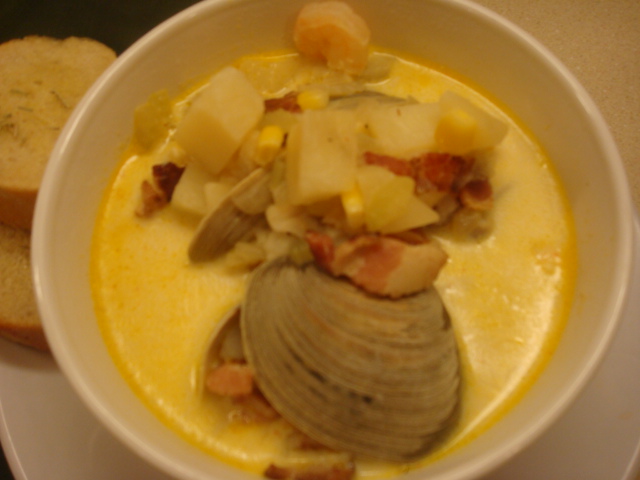