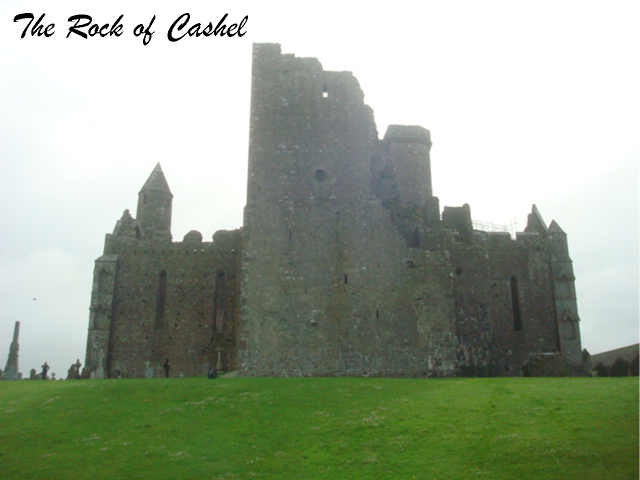 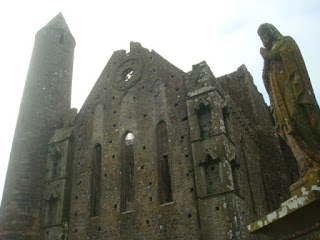 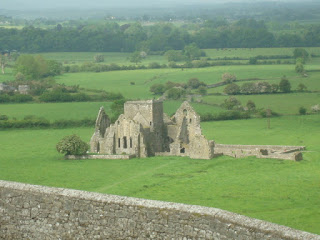 Waking up bright and early, our host Patrick provided a beautifully large Irish breakfast and chatted us up a bit before we headed up to The Rock. This is the sight of a 13th century cathedral that has a history dating back to before 1100 A.D. It sits up high on a hill which allows you to look out over the town and some of Ireland’s most fertile farm land. It was also the spring board for several smaller churches whose ruins can be seen in the distance as well as in the city. We spent a lot of time here looking at the mammoth buildings, and reading the old grave stones. I was awestruck most of the time at the shear mass of the building, and the craftsmanship that it took for carpenters and stone masons to do all of this by hand. It is amazing what humans were able to build with simple tools. The nerd in me wanted to inspect every alcove, vaulted ceiling, and hidden stair; this was one of those places that you can just imagine the monks roaming around sweeping the floors, and tending the gardens. I truly enjoyed this site, its unique beauty and eventful history. It was easily my favorite historical site on the trip. 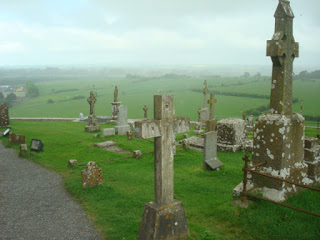 While here I finally ordered my own bangers and mash, while Chuck had roast duck in orange sauce. It was all delicious! The bangers, known to most of us as sausages are very different than what most people in the US think of as sausages. They have a much more mild flavor, and there is no definitive difference between breakfast and dinner sausages, meaning there’s really only a few types offered, the most popular being pork and leek.
In my quest to cook as much traditional Irish food as possible I decided to try my hand at making my own bangers. Following this recipe (recipe no longer available), this little experiment actually took a couple hours. I first had to grind the pork loin, then mix it with spices, then stuff the sausage casings, before cooking. I heard somewhere that when you’re making a large batch of burgers, or sausages that you should cook up a small patty to make sure they taste the way that you want them too. And I am so glad I did, they definitely needed an extra leek, as well as round through the fine grinder. I made a few small changes to the recipe, in that I used a pork loin and didn’t add any extra fat, in order to keep them a bit healthier, this may have sacrificed some flavor but I was happy with the way the leak and sage really showed through in the sausages.
What was exciting was that I was able to complete this project with the use of my mother’s kitchen aid and a $30 attachment. Had I known that making sausages was so easy I would have done this forever ago! I think I’m seeing some great experiments in my future.
Tweet
Pin
Share
0 Shares
Previous Post: « Kinsale
Next Post: Kilkenny: Smithwick’s & Lamb Stew »