Chuck and I decided to take advantage of the long Labor Day weekend and venture up north to one of our favorite spots. It felt great to spend the days lazing around reading, collecting firewood, fishing and chatting. I really love being able to unplug from society for a while and just enjoy our time together. 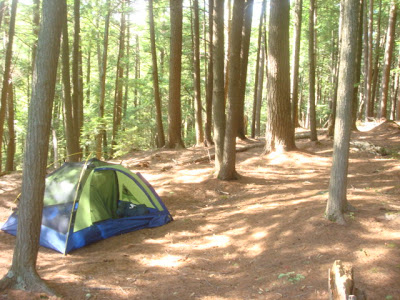 I spent most of my time reading, and cooking (surprise!). Chuck spent a lot of his time wondering the woods with his hatchet chopping at trees for our fire or fishing in the beautiful lake. We planned well and only had to go into town once to pick up some more water, which was more due to our laziness in carrying it all into the woods. We may look into a water purifier for future trips to alleviate this. Water is probably our heaviest item! It was only .6 miles in, but still every little bit helps. 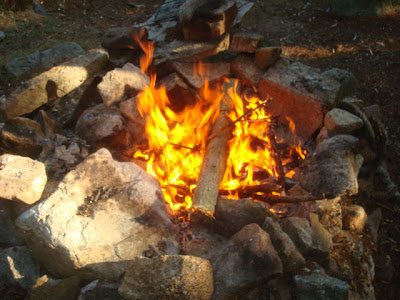 We could not have asked for better weather. The skies were blue and the sun was warm. It was pretty chilly at night but a regular sleeping bag was plenty to keep us warm. We had a few visitors on Sunday, which is to be expected with the holiday weekend, but all were pleasant enough.

I think it made Chuck feel better that everyone who came in to fish didn’t catch anything either. We ran into some chaps coming back from another lake with similar luck. I guess the fish are full and happy and don’t need to bother with our silly games.

This recipe is perfect for an evening meal while hanging out near the camp fire, it does take some cooking time, but the results are well worth it. It can be made with simply 2 ingredients, or 15 depending on what you have on hand. This is my favorite version. 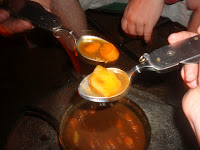 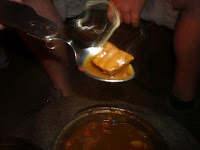 Brown stew meat in large skillet, with oil, butter, or bacon grease (whatever’s on hand). Add about 3 cups of water, and all other vegetables, and cover with foil, or pot top. Allow to simmer for about a half hour or until the vegetables are soft. Stir in gravy mix, and simmer of another minutes or two, stirring until all clumps are gone and mixture thickens slightly. Serve hot.

I also had some leftover parsley I threw in as well as a clove of garlic. Aromatics aren’t necessary, because of the gravy mix, but I had them and decided to throw them in this time around. This was perfect for the chilly nights, so warming and delicious! 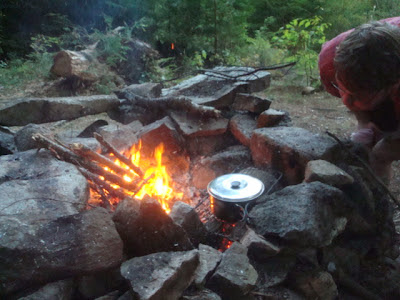 This past weekend I finally made it up to the Adirondacks. It’s been so long, I know but I’ve been so busy! It was really nice to get away, without cell phones, or computers and just take in the beauty that surrounds. 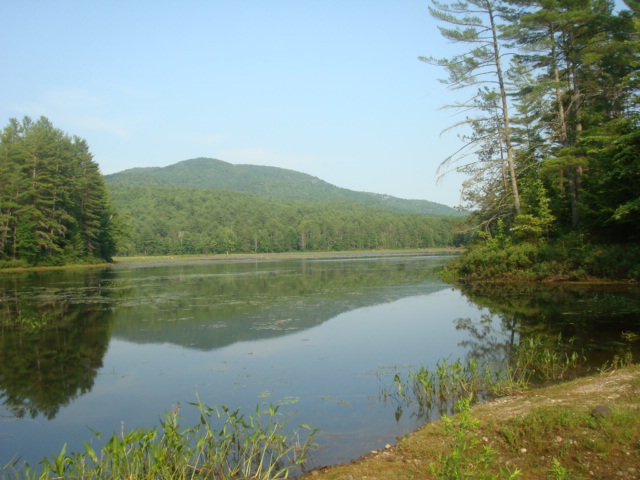 I LOVE camping, hiking, fishing, and just hanging out outdoors. I love cooking over the fire, and reading by its light. I feel like the best stories, songs, and fairytales come out during camping. I remember all the nights’ playing cards with my dad and my grandpa and hearing stories of all the adventures that my grandfather had growing up in the backwoods of northern NY. In fact the camp that my family now owns only feet from the foundation where my grandfather and his three brothers grew up. Though it all looks very different from when he was young. 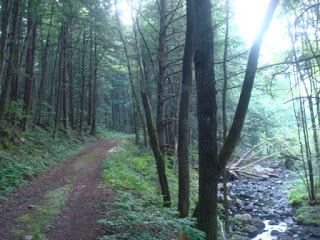 One of my favorite stories is about my great grandfather and one of his sons, whom we will call Henry. Living so far out in the woods it was not uncommon for most houses to lack running water and electricity. One day in school the teacher asked who in the classroom had running water. Henry raised his hand, thinking that the little creek behind their house counted as running water, since it was in fact running. The poor boy couldn’t have been much older than 8 or 9 and the teacher was not so kind, telling him to put his hand down; laughingly saying that no one as poor as him could possibly afford running water. Feeling bad about himself Henry came home and told the family about what his teacher had said. His father was not pleased hearing that his child was picked on by his own teacher, so he made a resolution to show that teacher a thing or two. Somehow he scraped up all the equipment he needed. It took some time, a few long hours digging a hole in the ground for the pipe, and getting everything to work properly, but he managed to pull the water directly from the small creek into the house and create running water in their little shack. Once everything was in its place, he had his son invite the teacher over for dinner. The teacher came and was shocked to see how very wrong she had been. They were the only house for miles to have running water.
This was the story I told Chuck while we cooked dinner our second night there. Nothing makes me more proud than sharing these stories about my family, except maybe sharing our favorite camping recipes. That night we made Steak on a Stick, and Foil Potatoes. Both are fairly simple and convenient for weekend trips. 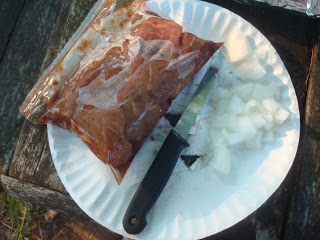 Steak on a Stick may be the easiest most convenient camp food ever, plus its way better than hotdogs. Simply buy boneless stewing meat, pop it in a plastic bag with your favorite marinade, and freeze. When spending the whole weekend camping freezing as much of the food as possible is great because then you don’t need to bring ice, and end up with a cooler full of water. If the meat isn’t fully thawed a few hours before dinner, just take it out. Then once the fire is going take the individual pieces, place them on a sharpened stick, and hold them over the fire like you would a hot dog. The cool thing about it is everyone can cook their own to the internal temperature they want. 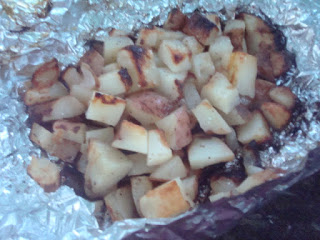 Foil Potatoes are probably just as easy. The recipe is listed below. I hope you enjoy!