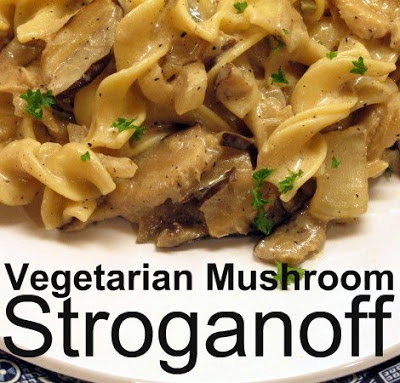 I love stroganoff, but then who doesn’t? It’s a heavenly combination of creamy deliciousness. It’s one of my favorite things to make when I am home alone because I don’t have to use meat if I don’t want to, it’s fairly easy, and you can buy nearly all the ingredients in small quantities, so it’s perfect for a single meal. If I am looking for meat I simply brown some stew meat along with the onions and leave it in the pan while I cook the rest of the dish.
What’s funny about this dish is that I typically don’t like mushrooms; though I have discovered it is a textural thing, if they are cooked enough then I don’t mind them so much, which is what happens in this dish. Also I find that I don’t have as much of an issue with dried mushrooms, which are the base of this particular recipe. Fresh mushrooms can be used, just skip the soaking step and use vegetable broth where the recipe calls for soaking liquid. I tend to use dried mushrooms, because they don’t go bad easily, and when I have them on hand I can whip up something like this or vegetarian gravy very easily. 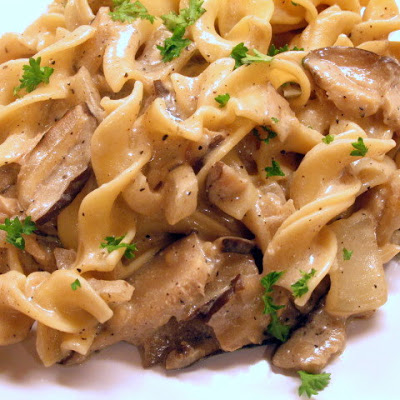