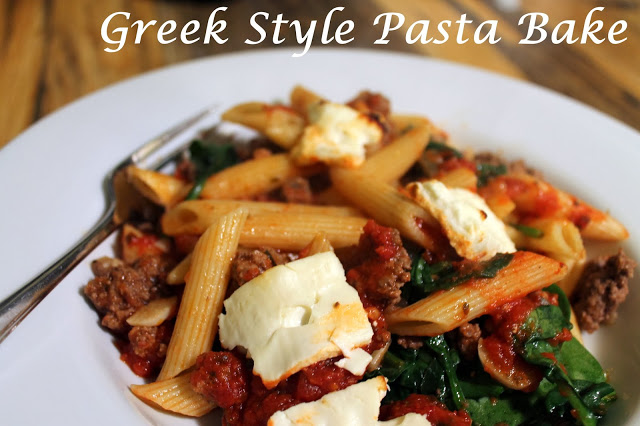 In our house lamb is something of a delicacy, its expensive
and sometimes hard to find. The favored way to prepare it is in a classic Irish
Sheppard’s pie.  I swear if Chuck could
eat Sheppard’s Pie every day of his life he would without question, but I on
the other hand get bored very quickly. So recently when lamb was on sale I thought
it was the perfect time to try out some new recipes.
This particular one I have made before with regular old
ground beef, and it has always been good, but the addition of the lamb takes it
to a whole new level. It is amazing! I love the way the cinnamon really
elevates the dish to something other than a humdrum tomato based sauce, as well
as showcasing the flavors of the lamb.
I think this same dish could also be stretched a bit with
addition of more vegetables, some carrots, celery, or zucchini would make a
great healthy addition that would stretch it out for closer to 10 people. This
is defiantly something that I would serve to a large party, its clean, a little different,
and delicious!
Greek Style Pasta Bake

Preheat oven to 400 degrees. In a large skillet heat oil and
sauté onion until it begins to soften 1-2 minutes. Add garlic and cook for an
additional minute. Stir in ground beef and lamb, breaking it up while it cooks.
Once the meat has browned discard extra grease and stir in cinnamon, oregano
and tomatoes Cover and cook for 15-20 minutes or until the sauce has thickened.
Add spinach to the pan and gently stir until it has begun to wilt 1-2 minutes.
Transfer to a prepared baking dish and toss with pasta. Crumble or cube feta
over the top and bake for 15-20 minutes, or until the feta begins to crisp on
top. (Serves 8) 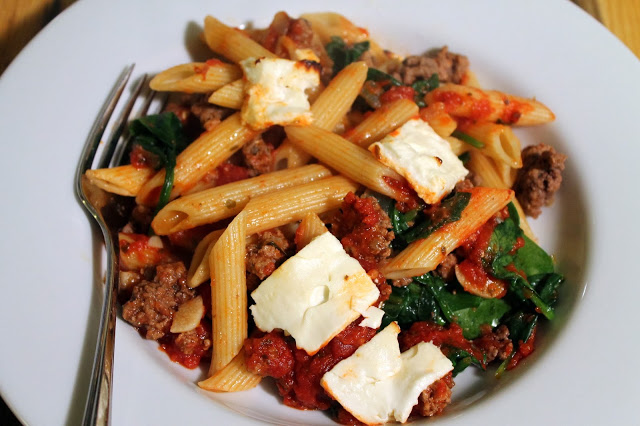