Moving slowly, as quietly as possible through a peaceful woods with fresh fallen snow. There are no tracks visible but the sudden baying of our little beagle tells us that she has picked up the scent of a rabbit, and the excitement begins. I have a lot fond memories as a child of rabbit hunting, something that I haven’t had the opportunity to do in a few years because you know, life gets so busy. It’s something I’m working on. 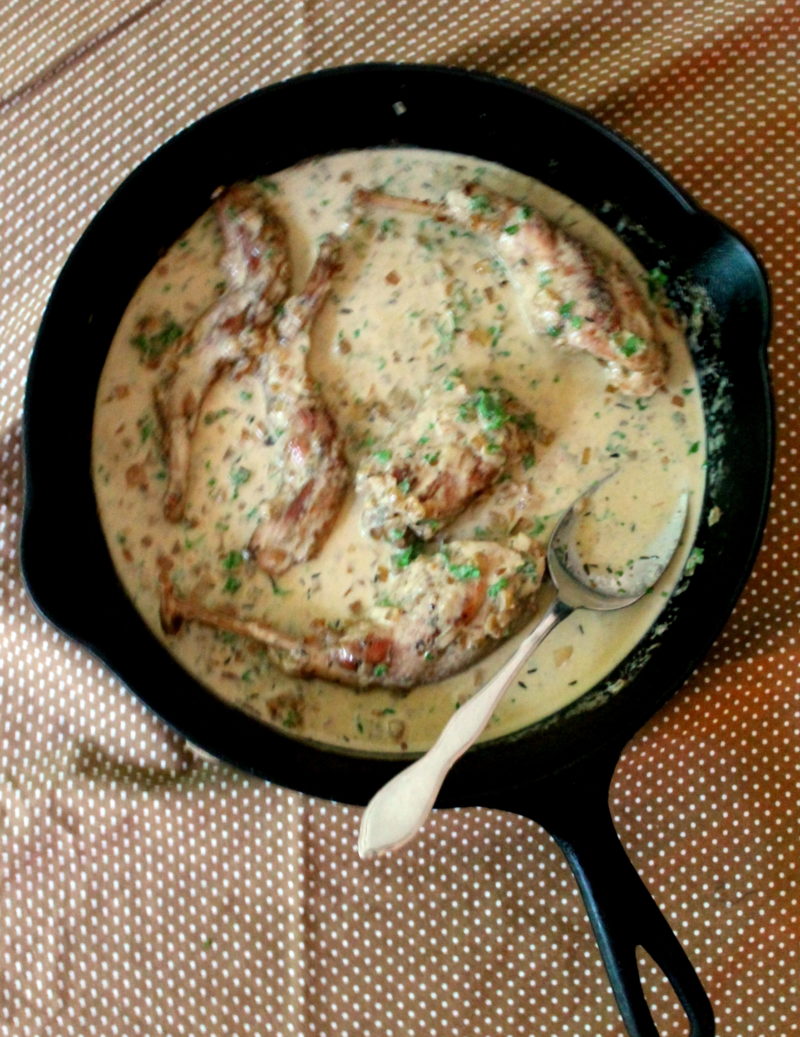 Somehow, over the years some of these smaller animals like rabbits or squirrels have become what’s considered “poor people’s food”. I’m not sure why this is, personally, I think these foods can be just as dynamic and delicious as something like venison, the all popular game meat. These are also the place where many young people get their start with hunting, so venerating these animals and treating their preparation with as much care as anything else is important in my view.

Rabbit eating in Europe is something that has been happening for centuries. I was elated to see it on the menu at quite a few places during our time in Italy. I have heard that it is also popular in Spain and Germany and also has a long cherished history in England. Why it is not as well loved in the US is beyond me, but I’m going to do my best to change that.

I have found rabbit to be a little less gamey than some other wild caught meats, which I think makes it a little more approachable for many. The downside to wild-caught rabbits is that they are tougher than most of what we are used to, so they are typically cooked by braising, or stewing.

This recipe is an adaptation of one that I saw on Simply Recipes. I liked it because it is perfect for the time of year, and was a rather simple recipe. I served it over plain white rice, to soak up that amazing sauce with a side of sauteed Swiss Chard & Turnips.