Meatloaf is one of Chuck’s favorite things ever. As he says it’s because “it’s like a whole loaf of meat! What could be wrong with that?” When I told him I had found a way to bring it camping he was very excited indeed. 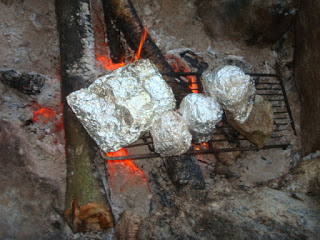 I made this recipe on our trip to Challis Pond for Memorial Day weekend. And it was a mega hit! We both absolutely loved it, so of course I have to share it here with you! 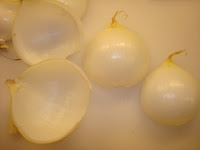 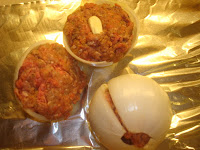 1 clove garlic, minced
2 tsp Worchester sauce
½ tsp thyme
1 tsp parsley
1 tsp pepper
1 tsp salt
1 egg
Combine all ingredients, except onions in a large bowl with hands until well blended. Remove papery shell from onions, and slice in half. Remove all but the remaining outer piece. Pack a ball of meat mixture into the onion half and “close” with remaining half. Wrap in tin foil. Cook in the fire for roughly 20 minutes or until the center is no longer pink, turning often. Serve warm. Once wrapped meatloaf can be frozen in order to travel. 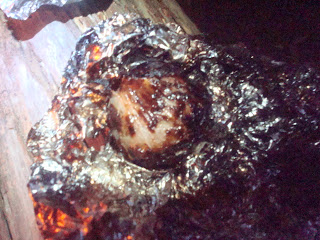 I realize that you will have quite a bit of onion leftover after this, but that’s ok. I chopped up the centers for several of the other meals we made, such as Hobo Stew, and Foil Potato Packets. Still having some leftover I simply minced them up and tossed them in a jar with oil. The oil will infuse some of the onion flavor and help preserve the onion so I can use it up in my cooking when we get back from camping. 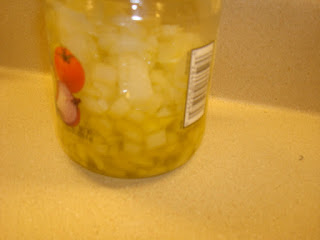 Also I want to mention some lessons learned. The main thing being that grease drips out and will catch the foil on fire so be sure to wrap them more than once. And use more than one onion shell. The outside onion burned, but we like to eat the onion, so I think having more than one layer would be good so you can enjoy the onion. And yes I put a chunk of garlic in the middle. It was the best idea ever! 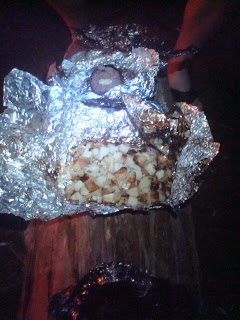