So a lot has been happening with this little house of ours and a lot of people are asking about it’s going on so I thought I would write a little update post to fill all interested parties in. 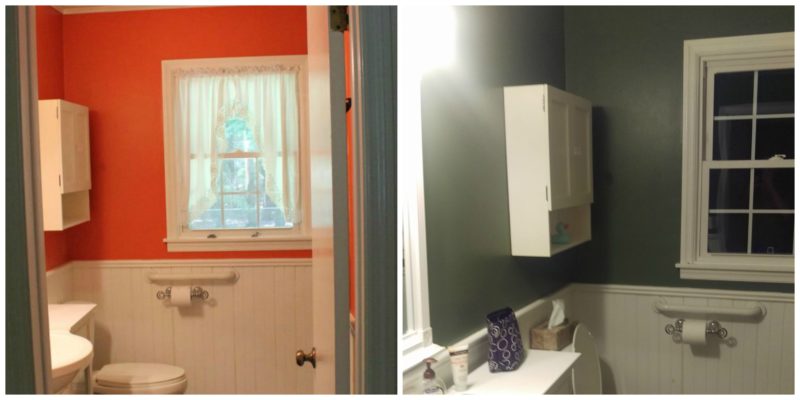 First thing is first. I painted the bright orange bathroom. This came with some controversy, because a number of people really liked the color. Hell I actually liked the color. However being a redhead with an orange bathroom makes for a very distorted look in the mirror when you are trying to get ready. The bathroom contains the only mirror in the house and I have no idea what I’m doing with make up so when I do need to put it on the last thing I need is a distorted complexion to make the whole thing harder. For those of you in the orange camp I’m sorry, but green is so much more fitting for Chuck and I.

I chose dark sage for the bathroom. It’s a really rich beautiful color and I think it goes really well with the foe stone linoleum floor and mostly white bathroom. Next on the list for the bathroom is a medicine cabinet, and some floating shelves. A tub will probably also come fairly soon, because I’m really missing my tub time, and my lower back is really missing the heat treatment.

We (and by we, I obviously mean Chuck) tackled the massive vines that had taken over the back corner and were wrecking the fence.  This was no small task let me tell you. Actual repair of the fence will probably be next year’s project since it’s holding up for now. 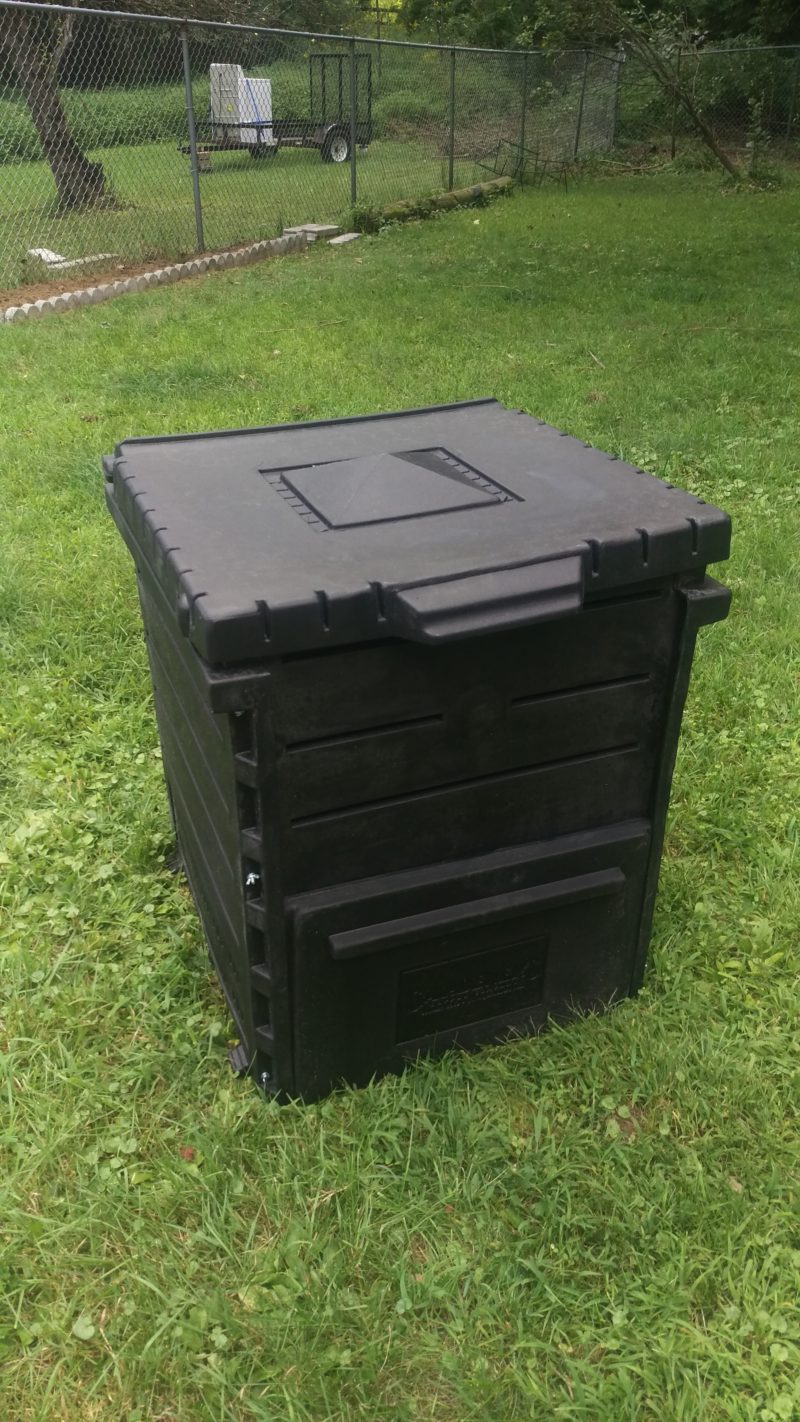 Recently we also received a large composter for a wedding gift. I’m totally excited about this and put it together almost immediately. It’s new home will be where the massive vines used to be inside the fence. 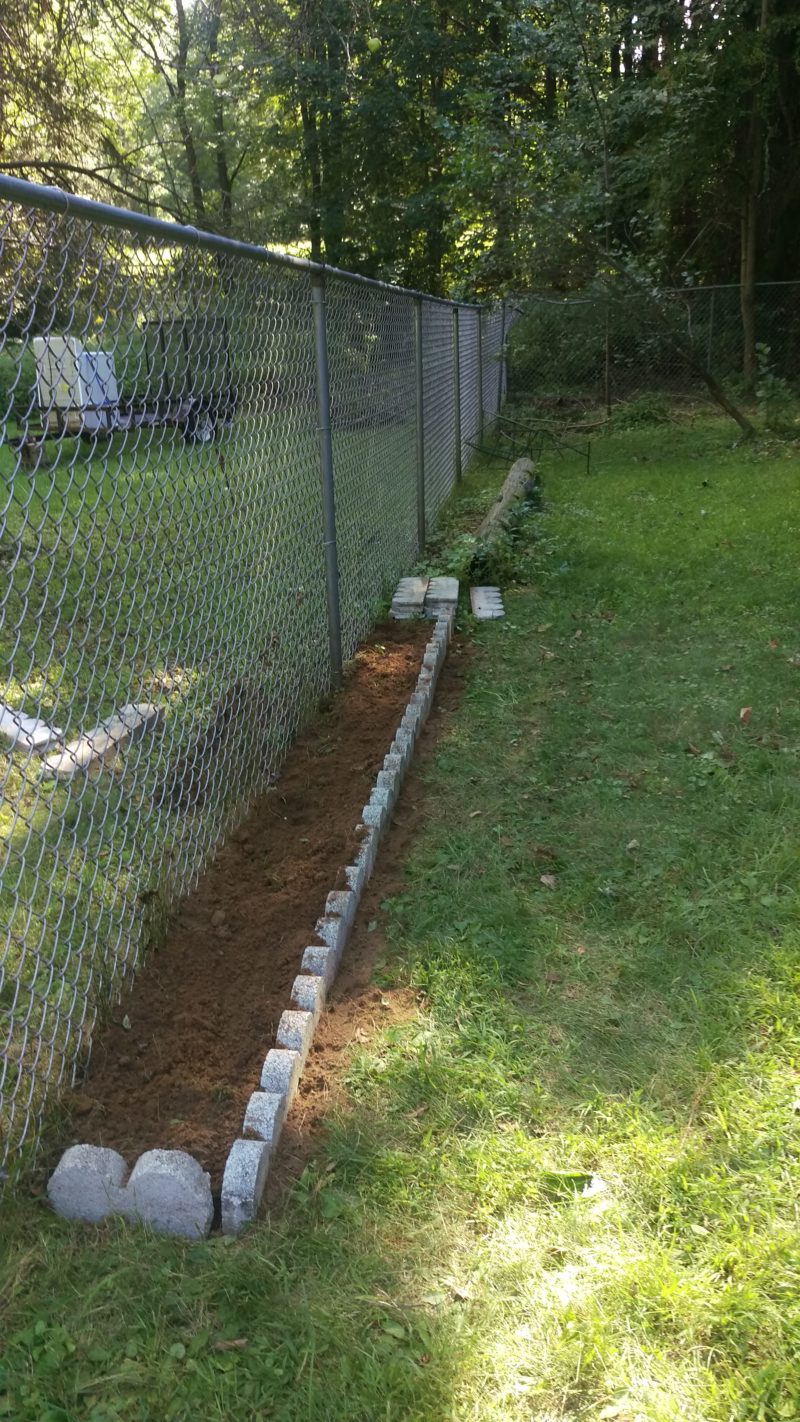 While Chuck was pulling vines I was working on the boxes along the fence. My mom scored us some free pavers to edge gardens with. Yes free! And the ones you see here only make up a portion of the stack we have (her neighbor had them by the road woot!). We have to figure out the electrical situation with that log before we move it (yeah there’s a random telephone pole with a working outlet on it in our backyard, totally safe right?) and I extend the boxes a further down the fence. I plan on doing the same thing on the other side of the fence. On side will be for peas and the other for flowers in the spring.

Unfortunately my container garden did not take the move so well nor did it handle the neglect of the last few months well either. I’m happy to report that I was able to still put up a couple jars of sauce with the tomatoes that we have, but the neglect has caught up with me and the yield is looking bleak. Next year is a new year, and we already have a really good start on making it great.

We have plenty more projects to tackle before winter hits, but for now I think things around the house are going to slow down until after the wedding. I’ll be sure to update you all as changes come of course.