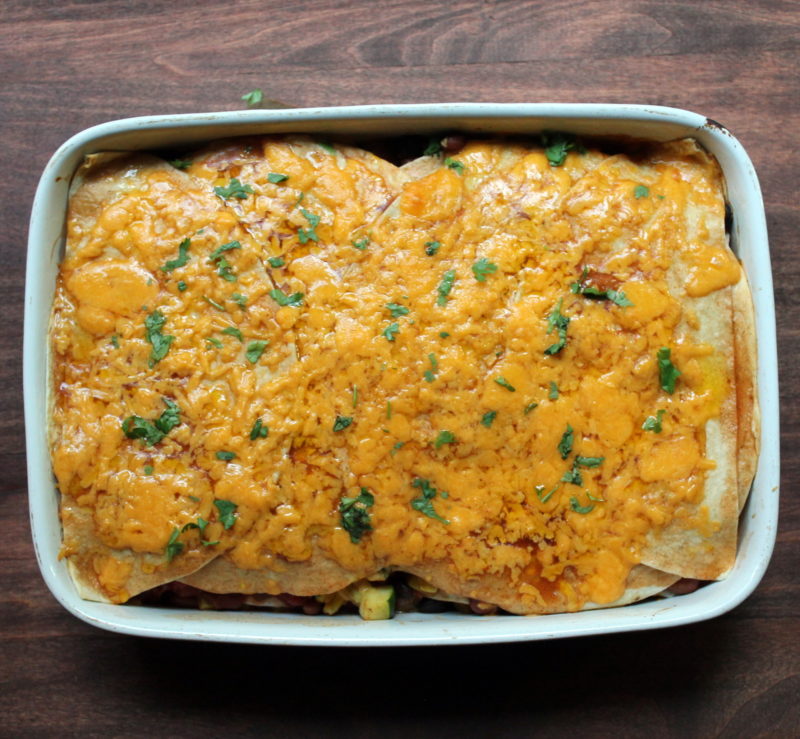 Man on man is the garden booming!

I might actually be sick of cucumbers. Note to self: Plant less cucumbers next year.

Second note to self: more beans, we didn’t get enough beans this year. In previous years we had too many, this year too few. Finding balance is hard sometimes. 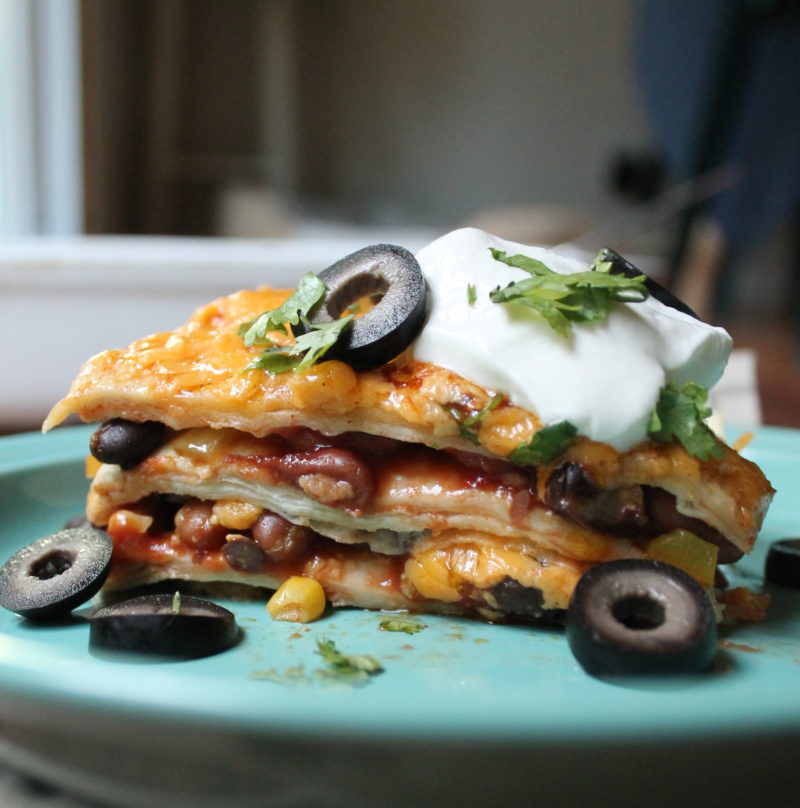 It also it looks like every one of our neighbors gardens are booming too. Considering the large number of pop up veggie stands I’ve been spying. I’ve very thankful for these because if these people are willing to use their garden space on zucchini and sell it 3 for $1 I will gladly take buy it from them and save my own space for something else.

I’m hoping to make some changes and for a larger garden next year, but talking chuck into being ok with a smaller “field of Champions” is easier said than done. Because every house needs space for can jam you know. 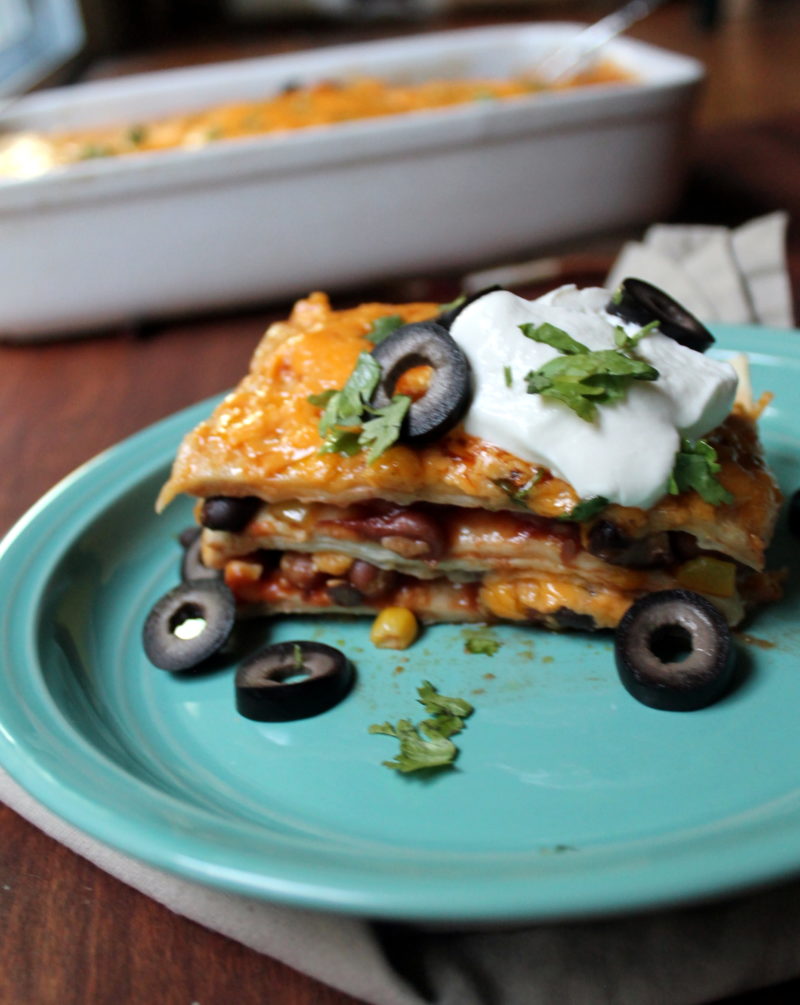 Coming up with new and fun way’s to use up all these seasonal veggies has been a fun challenge for and has resulted in some pretty inconsistent dinners. I’d rather us eat all the veggies as they are fresh, even if some of the dishes that I make don’t necessarily go together. This dish however let me use up a bunch of awesome veggies at once in a pretty awesome and cohesive dish that I will be making again in the very near future.

If you’re looking for a homemade enchilada sauce recipe, I like this one. 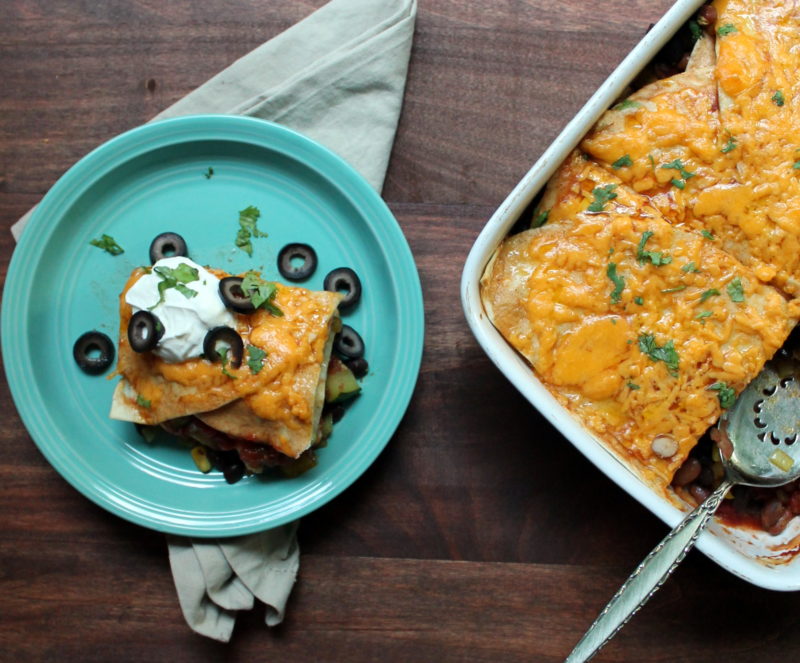 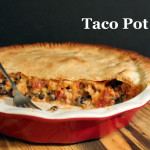 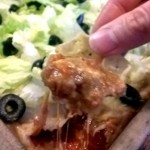