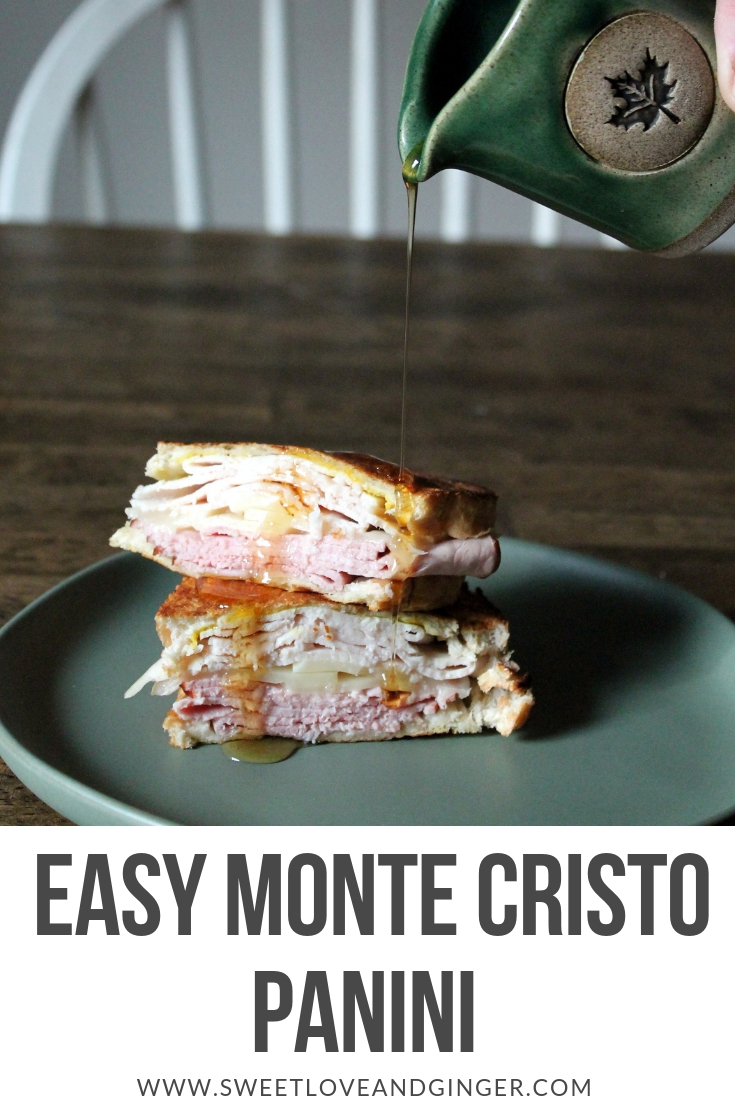 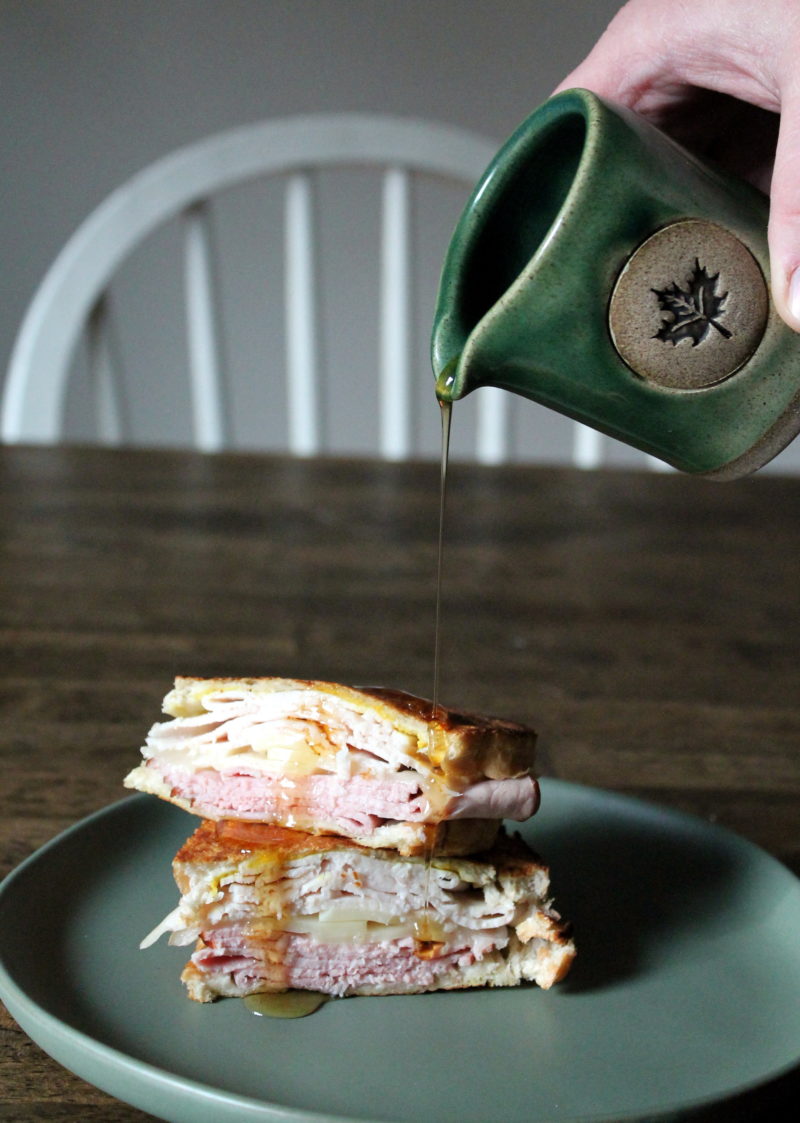 I learned to make a simple version of these Monte Cristo Panini’s way back in High School when I worked at The Whistling Tea Kettle. I’ve made and remade a number of their recipes in my own way since working there, but this one has been by far the house favorite. I mean they are dipped in maple syrup after all!

When Old World Naturals first sent me a selection of their deli meats, I immediately knew this sandwich was going on the menu. The combination of turkey, ham, and swiss is pretty amazing on its own, but then a light slathering of honey mustard really ties them together. The maple dip just adds a layer of sweetness that takes this sandwich into a whole new realm of deliciousness. One thing I have also done, that has been a crowd pleaser is to make a mini version of these sandwiches with spicy mustard instead. Once the maple is added this gives the sandwich a really cool sweet-spicy edge, that is perfect for a party appetizer. 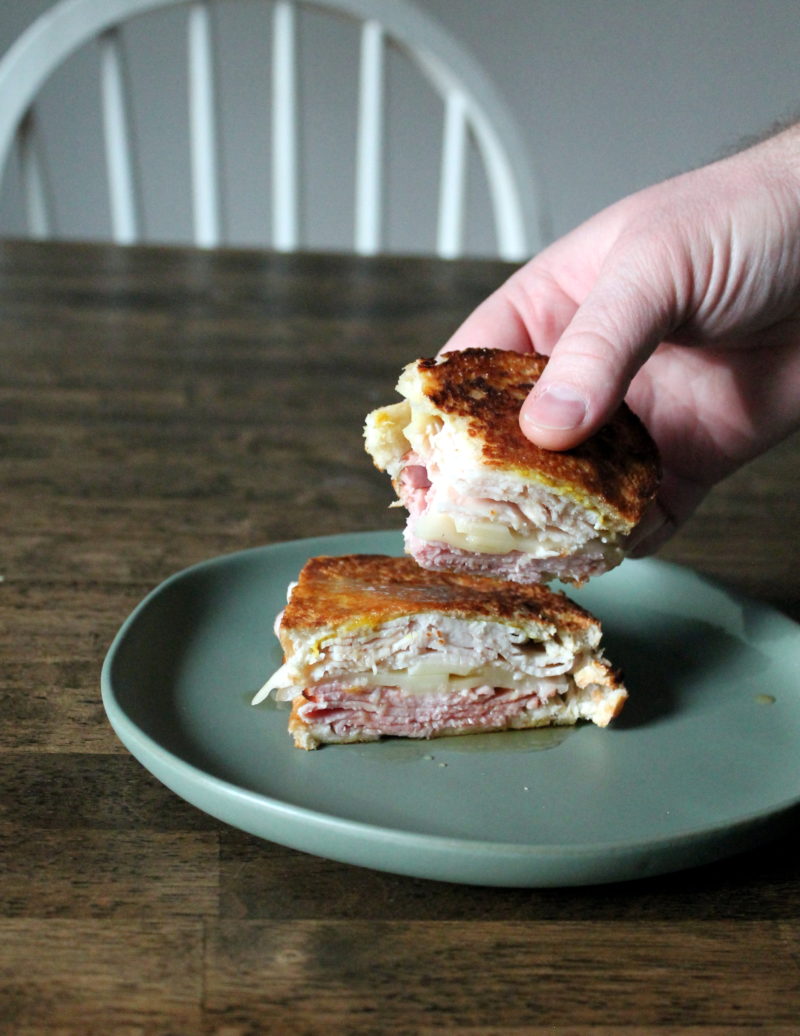 Traditionally Monte Cristo’s use egg dipped bread, and are served with preserves, but here there is just a light egg wash and no preserves. Using a quick egg wash makes clean up a bit easier, and the whole sandwich making process faster. It also means the bread retains a bit of crunch when grilled, instead of that soggy french toast thing you usually end up with. The preserves are still fine to serve here, especially raspberry preserves or melba sauce. However, I think the maple syrup is more akin to what you expect here in the northeast. Also, Chuck LOVES maple syrup. 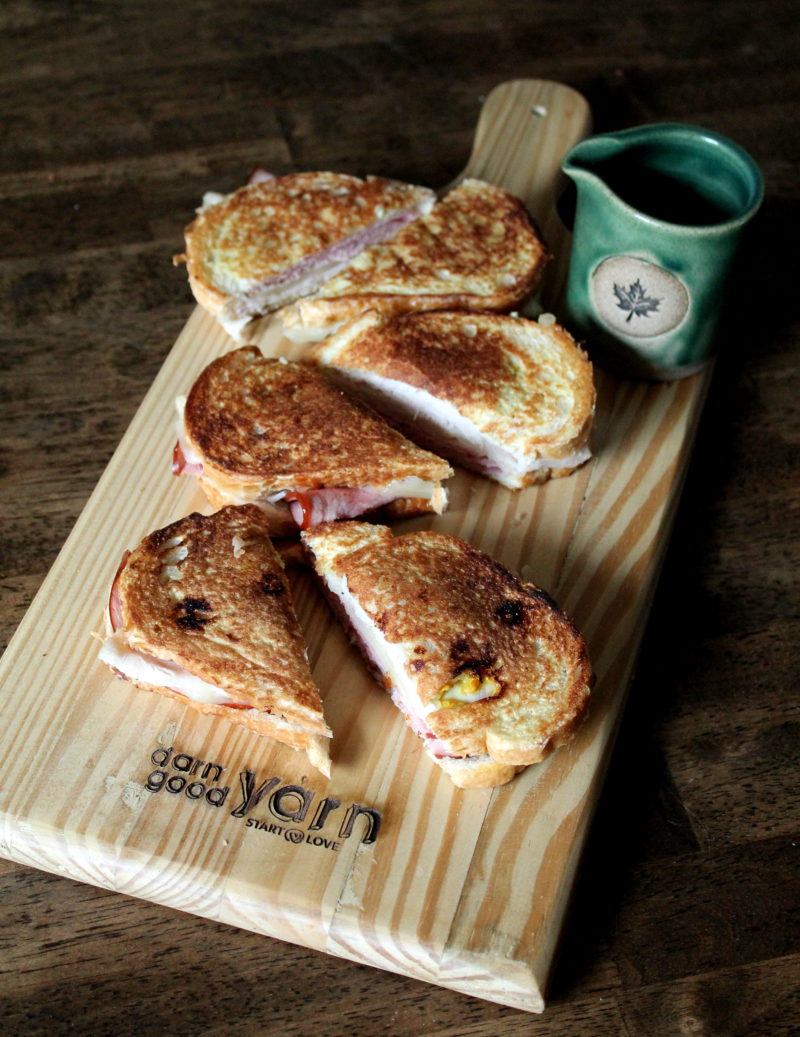 P.S. See this mango wood cutting board? It comes from a local to me company Darn Good Yarn that does some amazing things to bridge the gap and offer sustainability, and fair jobs to people around the globe. They are doing some good work over there, and offering some really cool products, from handspun yarn to really cool sari skirts! Check them out! 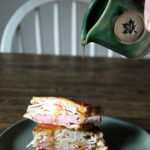 If you have a panini press you can simply egg wash both sides at once (skip the butter) and press. Cook for 3 to 4 minutes and serve. 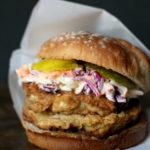 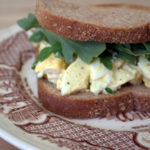 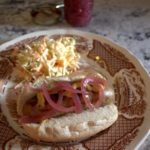