So far in this series, we have learned a lot of basics on terms, tools, different knife cuts, simple cooking methods, and even a few simple recipes. At this point it’s fairly easy to branch out and try a few more complicated recipes, however, there’s one last thing to learn before you can really start, which is how to actually read a recipe. 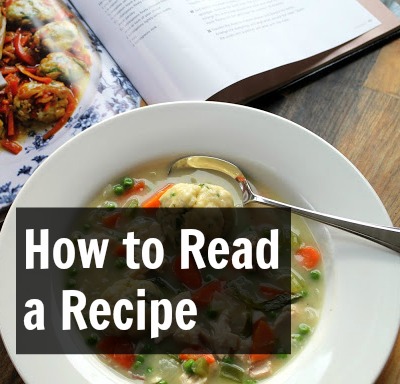 The concept of reading a recipe seems simple, but the fact is that there are a few nuances in a correctly written recipe that will help you understand what the writer is asking you to do. Knowing how to properly read a recipe can improve your cooking by leaps and bounds. So let’s get started.

That’s the basics for understanding how to read a recipe. Now go on and put it into practice!