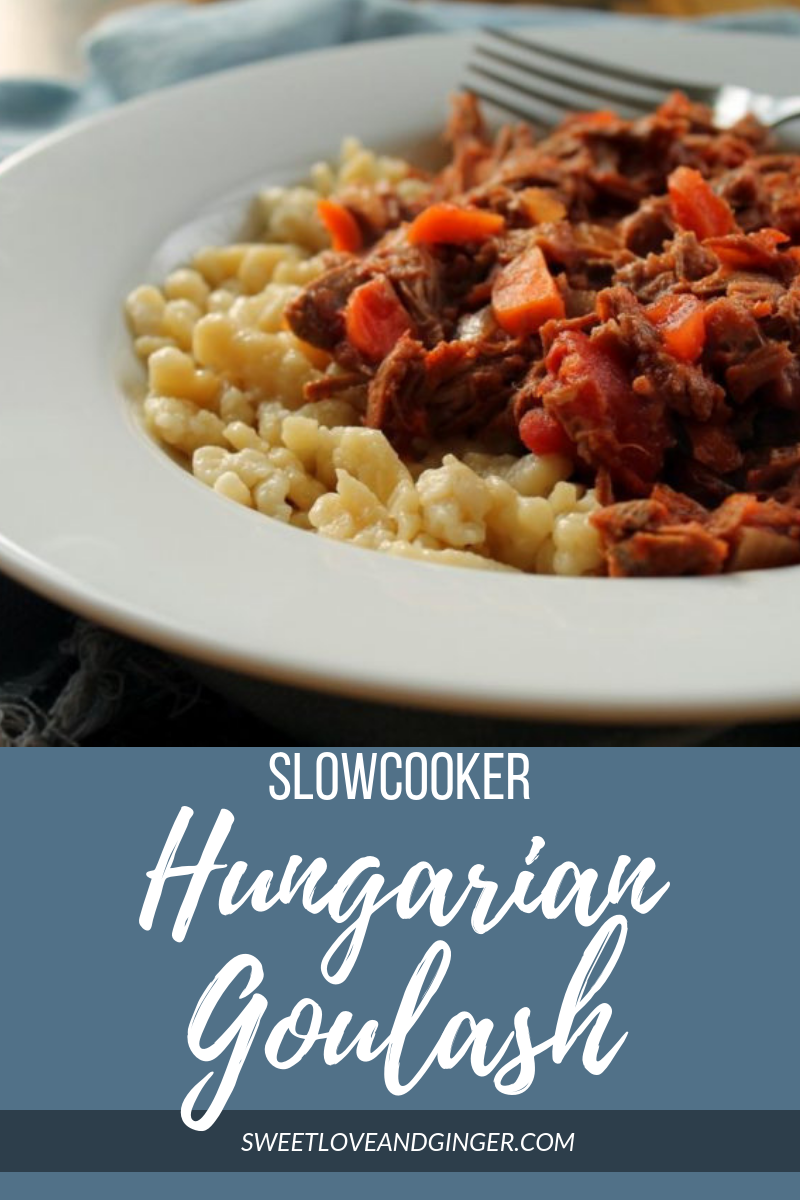 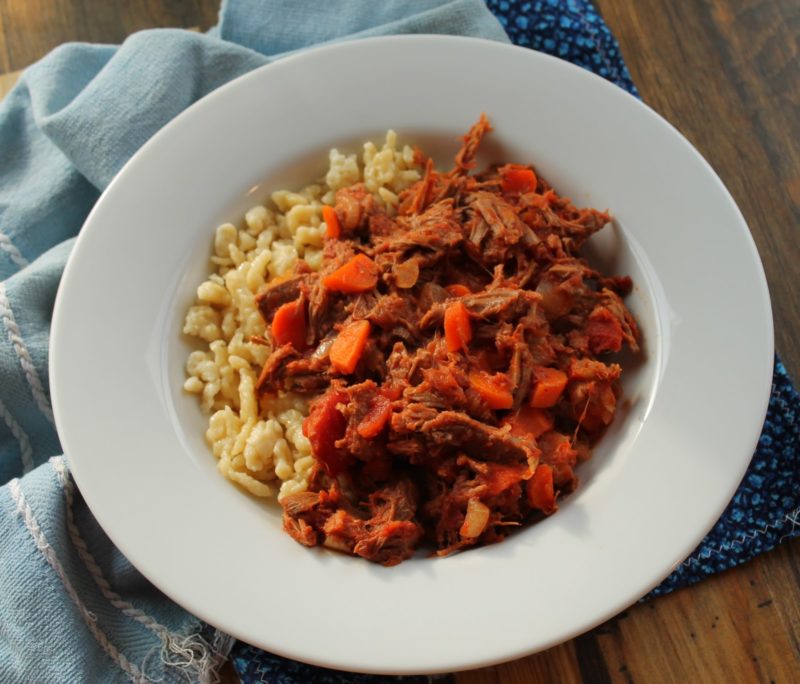 We were sitting on the couch enjoying our day off when we got a text from a friend who was in town staying with other friends. He told us yet another friend was there from across the country and was coming down. He asked if we could come over later that night.

The aspiring chef that I am had already put a roast in the crock pot to cook for just this recipe and I knew there would be left over’s if it was just Chuck and I. So I asked instead if they wanted to all come to our place to eat before we all went over to their house for an evening of heady drinking. Of course, they said yes, who wouldn’t?

I was nervous that there wouldn’t be enough so I put out some cheese and crackers because we always have it on hand. I shouldn’t have; I ended up putting enough for a dinner of 4 in the freezer. It appears that this is one of those recipes that can easily feed a crowd. It’s a homey, stick to your ribs kind of meal too so perhaps it should be paired with a nice light salad instead of the cheese and crackers that I served it with. Oh and a good German beer. This is a German-style recipe after all, and the heat from the paprika goes well with a nice hoppy beer, at least that’s what I thought. 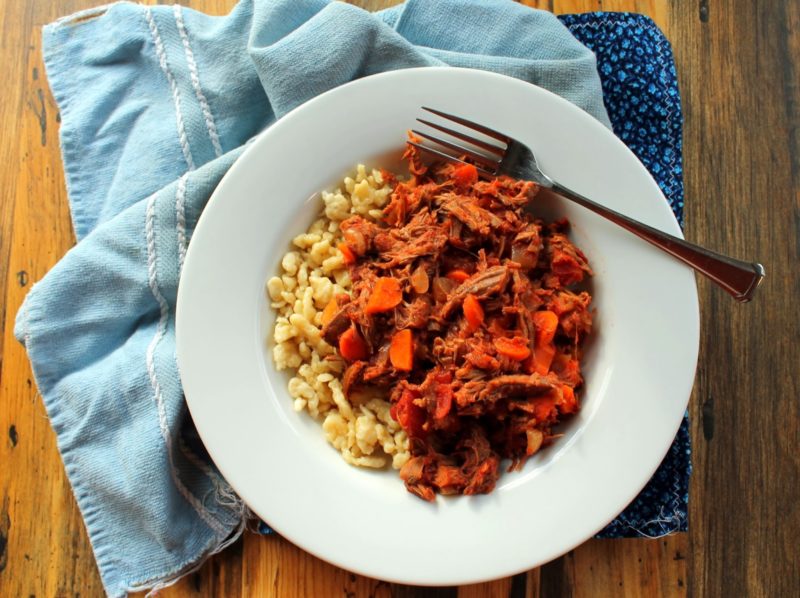 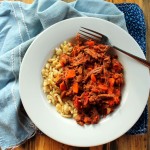 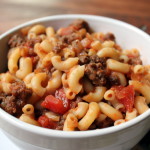