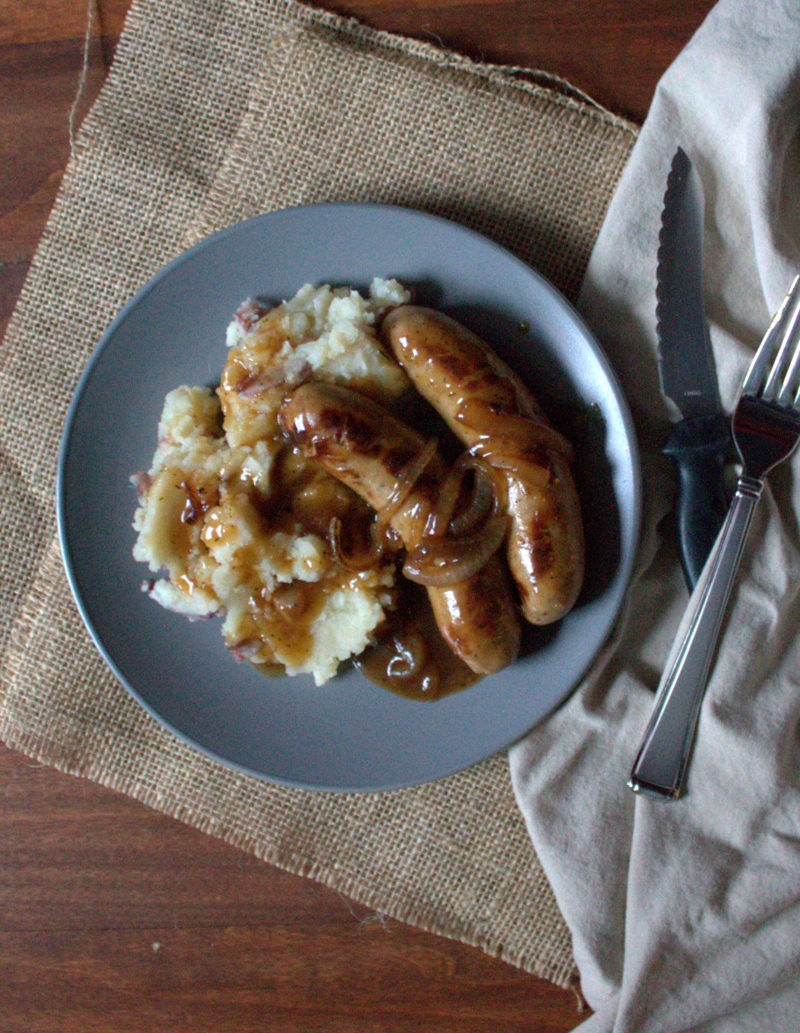 Bangers and mash is probably in Chuck’s top 3 favorite meals, right next to Chicken Pot Pie and Shepard’s Pie. It’s one of those recipes I’ve been trying for years to perfect. After having it almost daily when we were in Ireland, I had some big shoes to fill.

Can we take a side note to think about that trip? It was 5 YEARS ago. That feels so long, but it also feels like just yesterday we were driving through the country side just enamored with all the rock walls and ruins scattered across the land. It was beautiful and eerie, which gave the whole place a magical quality. I want to go back some time. Who knows when that will be, but I hope it’s not too long. 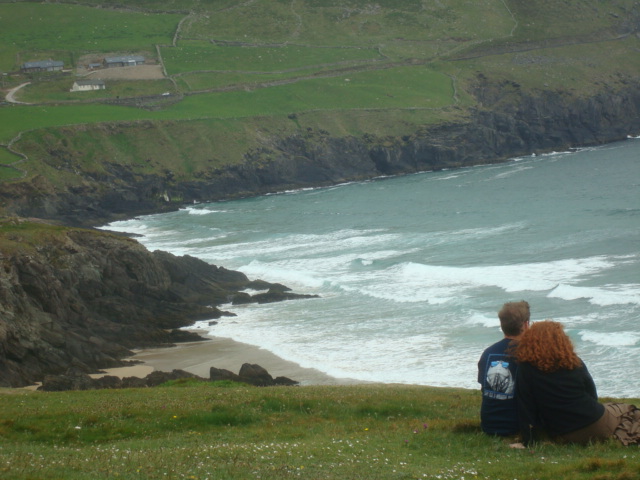 The difficulty with perfecting this dish is the bangers. We just don’t make pork and leek sausages as well as they do over there. That is if you can find any at all. Most of the time you might as well just be eating a hot dog. For this recipe I used sausages from a local smokehouse. They were good, for sure, but not great. I’ll keep trying. To make up for the lack of perfect bangers I have perfected the sauce. 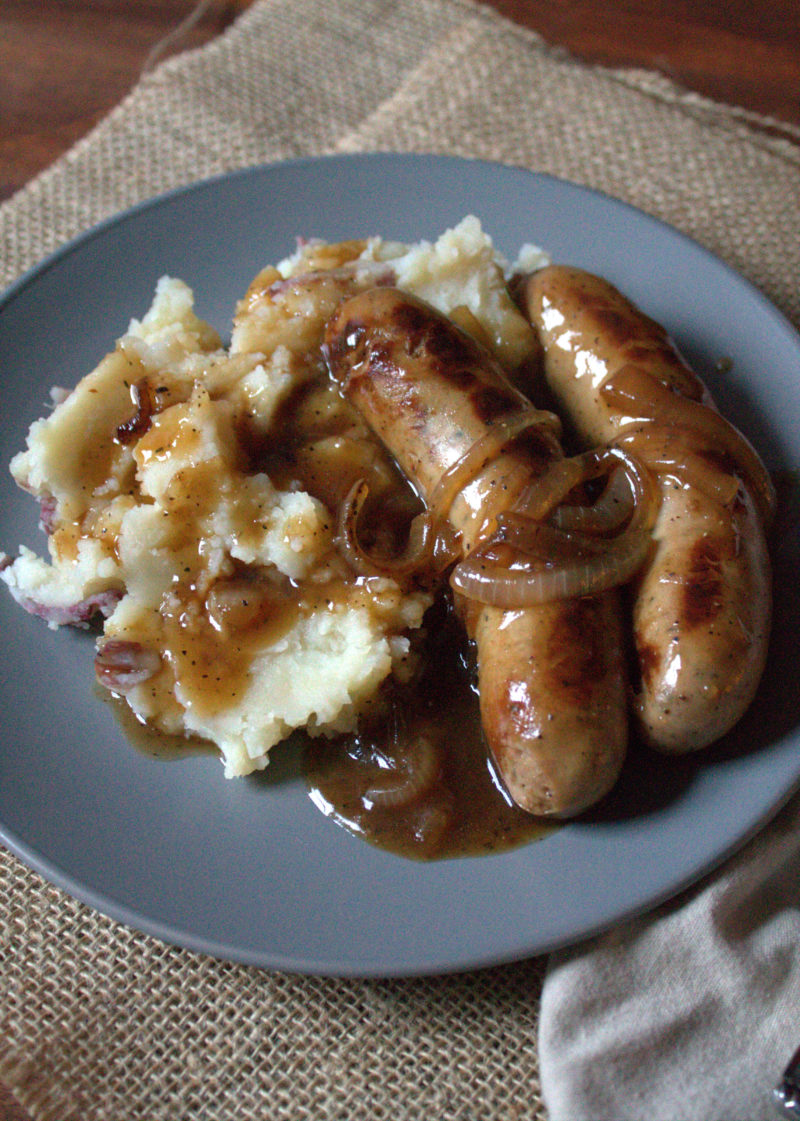 You could call it a gravy, but it’s really a pan sauce. I remember the slightly sweet tangy flavor of so many of the dishes we had in Ireland that made it so different from a standard US style gravy. The key is the balsamic. I did a little looking around, and most recipes don’t use it, but I’m telling you when we were there that gravy had a tang. Using balsamic is the closest thing I can get to it, so that’s what I’m rolling with. 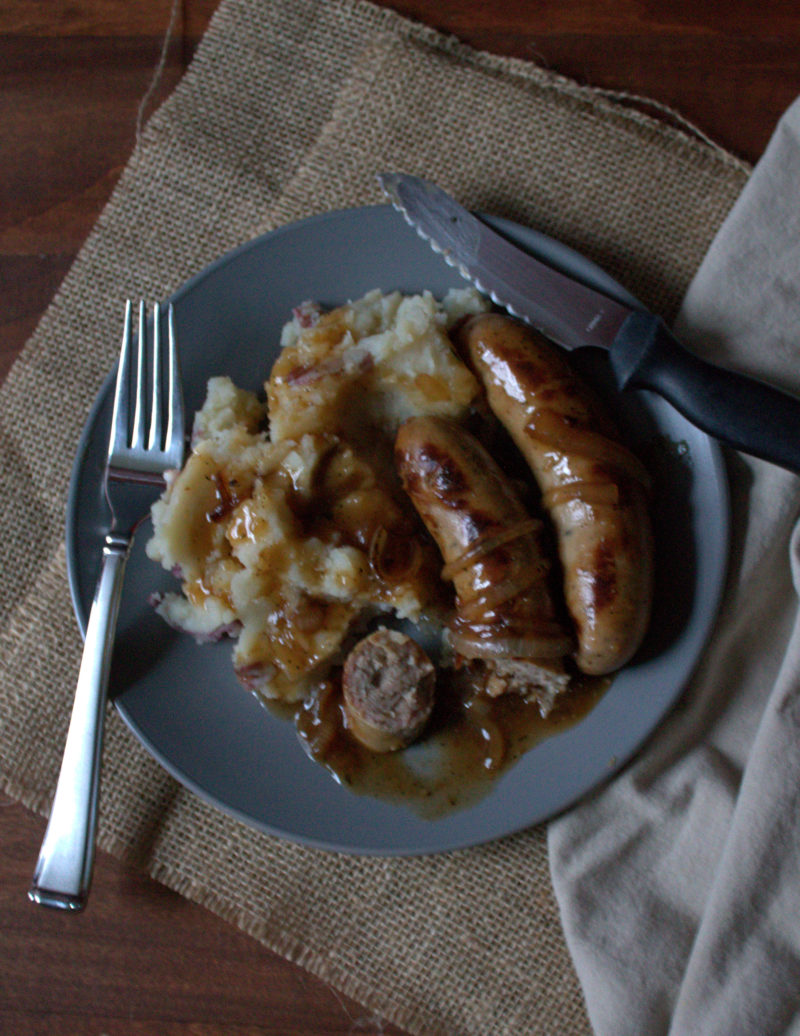 I like to serve it not only with the traditional peas, but some sauted greens. The greens soak up the excess gravy wonderfully, and this time of year they are in abundance, so I’m using them in everything.