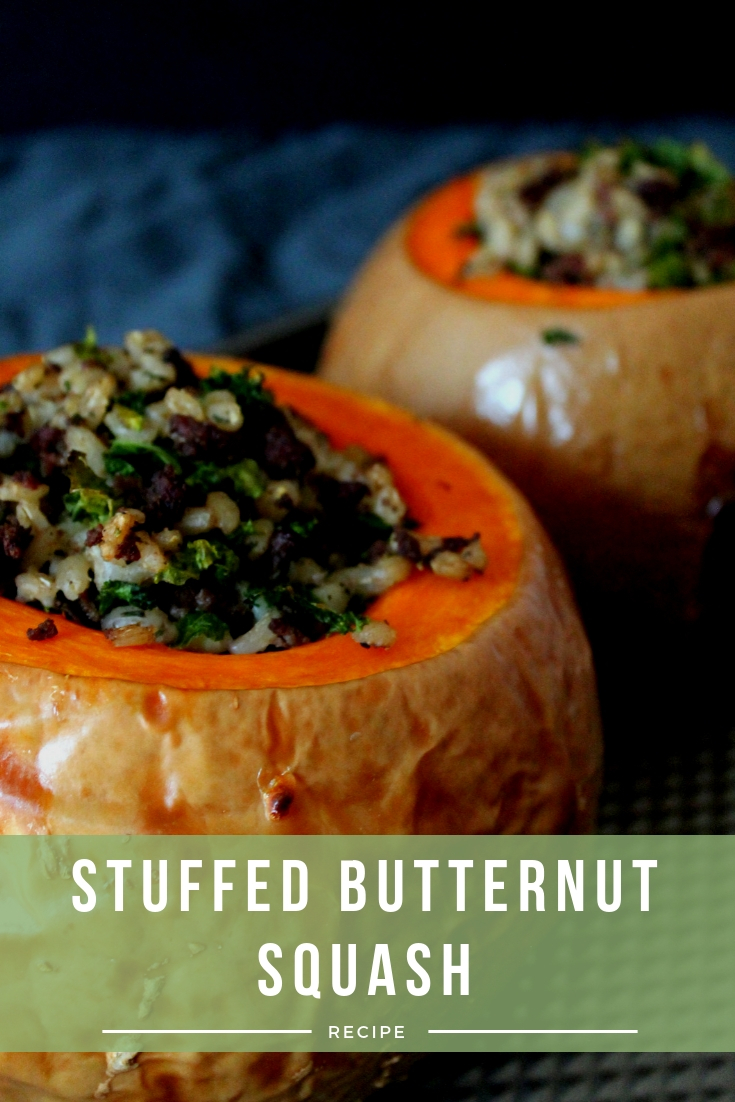 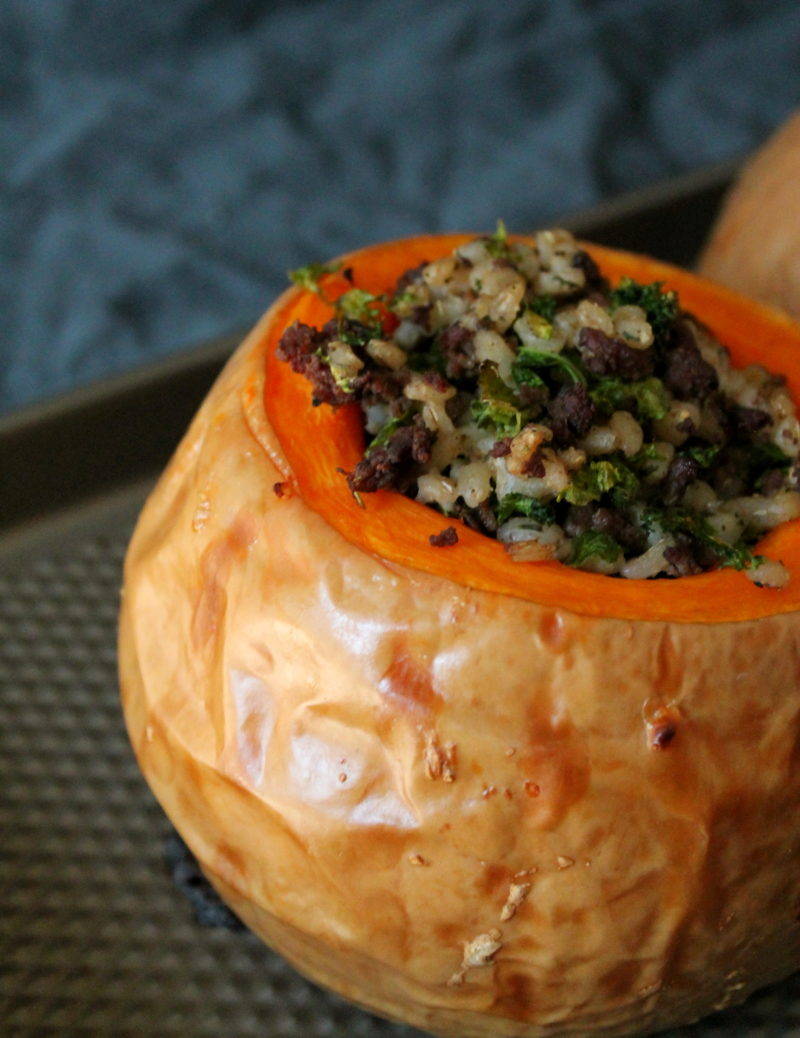 One of the things that I love most about fall and winter is the excuse to turn on the stove. I absolutely love slow cooked recipes that not only help keep the house warm but also make it smell amazing! This recipe is one of those wonderfully easy recipes that just require a bit of extra time in the oven. It also makes for a pretty stunning meal at a dinner party.

I imagine each person getting their own small squash for the entree. Accompaniments can be a simple salad, some roasted broccoli rabe, and maybe some pear and brie toasts. All delicious, all simple, and all seasonal.

I’m not going to lie this winter has been pretty hard on me. With a toddler and a newborn, my time to prepare meals is pretty limited, which makes eating local and seasonal just that much harder. You have no idea how tempting it is to just open a jar of sauce and toss it over pasta night after night. I’m doing my best to fight that urge and come up with meals like this that come together easily and use up more of the produce that we have stocked up from summer (my mom grew 98 spaghetti squash, can’t let them go to waste!). 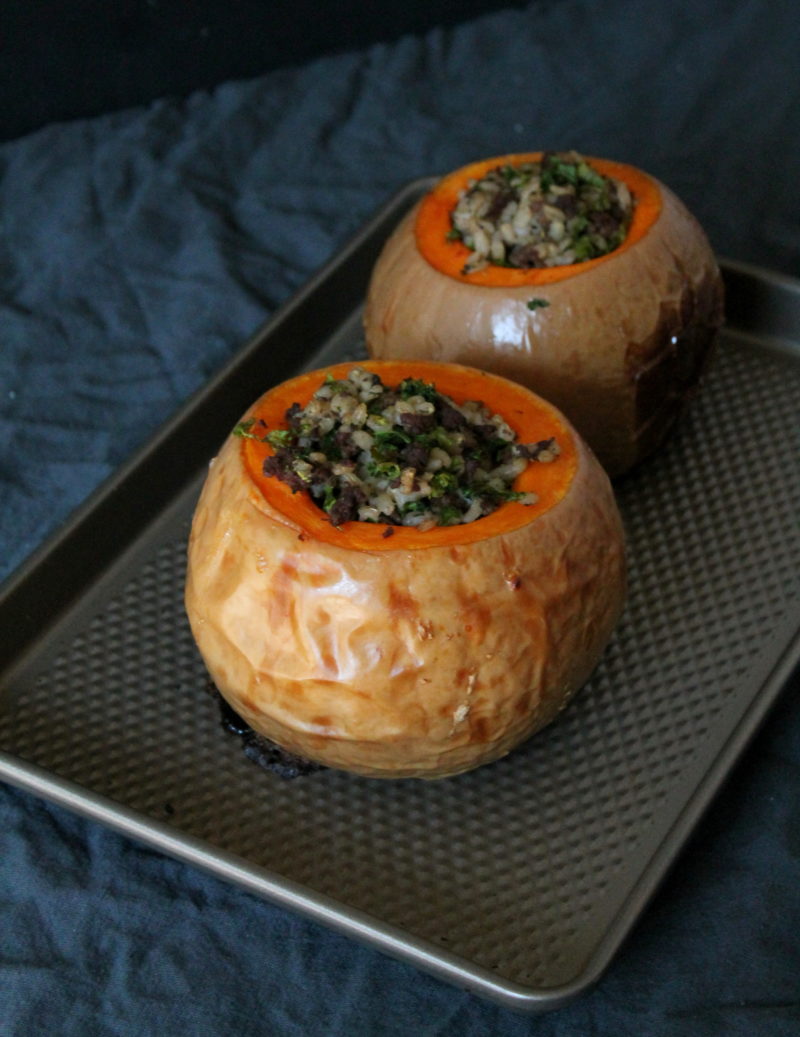 Since this recipe uses the bulb part of the squash, I typically will chop off the neck and roast it on a separate tray for later use. Which means the cooking time is typically lengthened just because the stove is so full. I try to get that done earlier in the day so that it can cool slightly. Fun fact: it’s much easier to stuff something that is actually cool enough for you to handle. At some point during the day, I can easily brown the sausage and set it aside. Usually, I cook a double batch of barley or rice to use as leftovers for recipes like this or veggie fried rice. Then it’s as simple as tossing them together with some finely chopped kale and stuffing them into the squash. The final round of roasting happens right before dinner is served.

Yes, cooking with babies like this sometimes just has to happen in bits and pieces. However, this also means that you can make all the parts ahead and do the final roast on the night of your dinner party. Do you see the convenience? 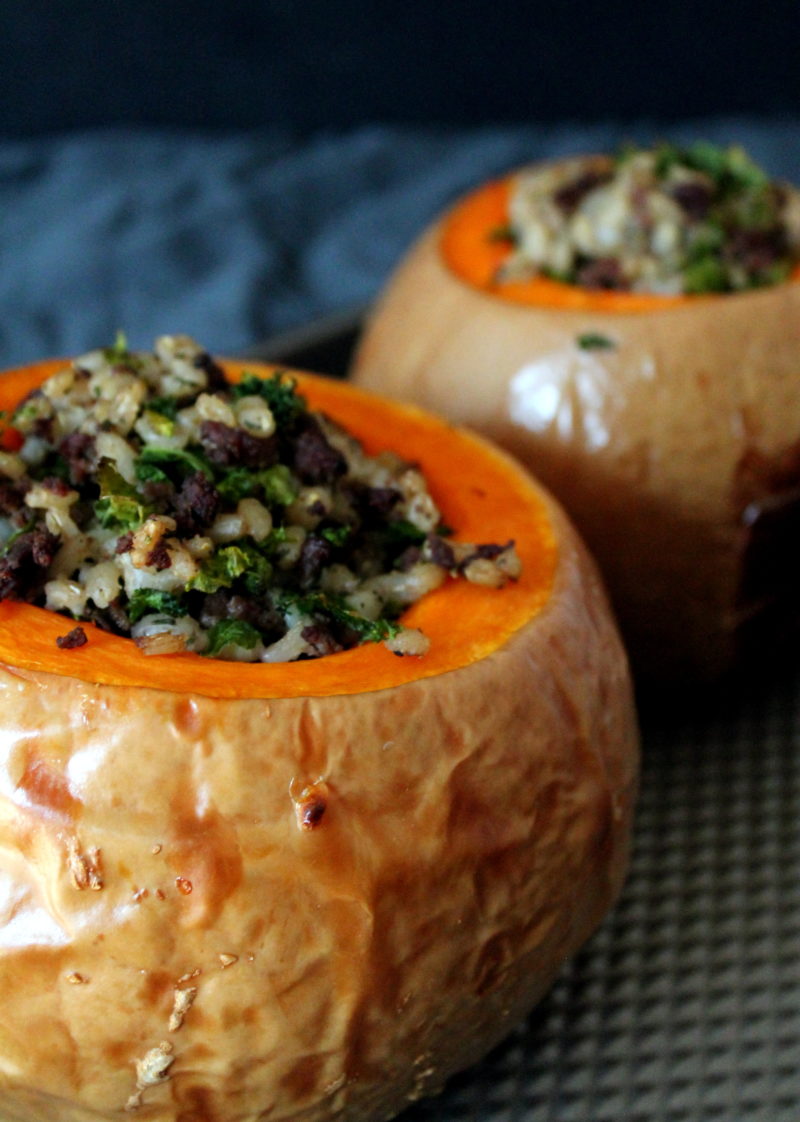 P.S. I used venison sausage for this recipe, but feel free to use whatever sausage you like. 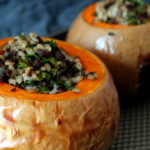 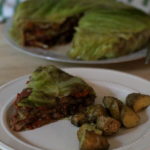 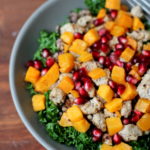 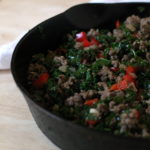