This post has been updated to include the end of the weaning process and was re-posted when Monster was 13 months old, and completely on solid food. 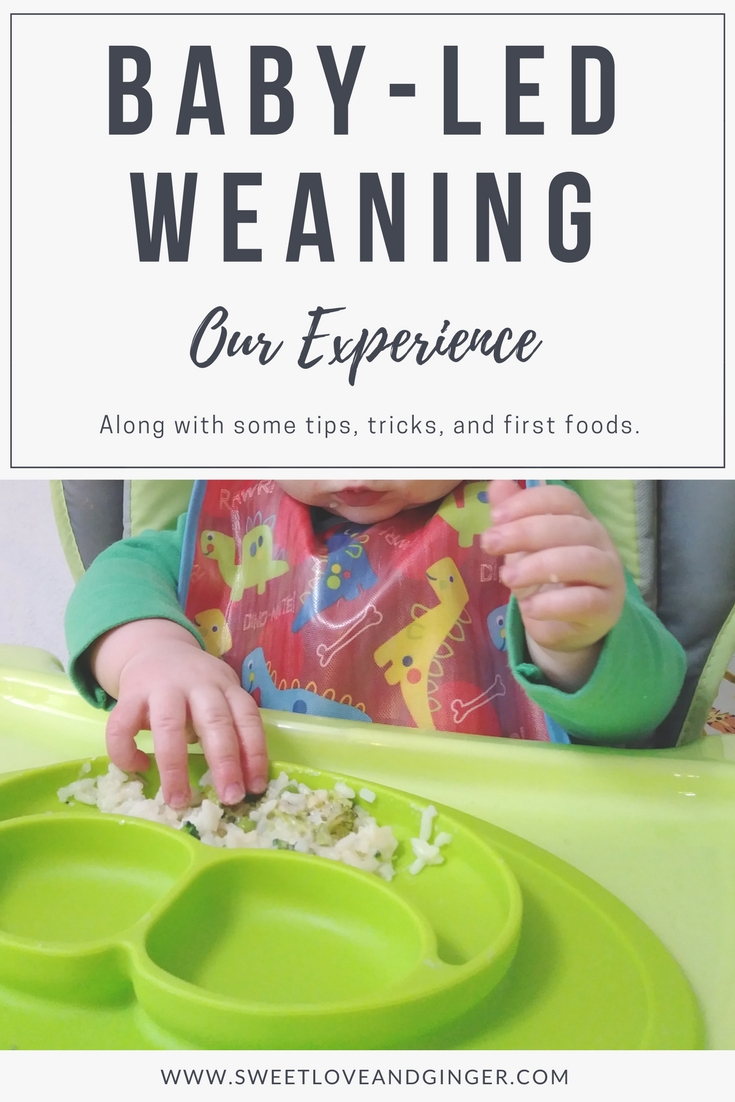 As a new parent, I’m learning so much. I know there is still so much to learn. It’s like I’m in a constant state of unease. There’s really no rule book rulebook and there are a million different ways to do just about everything. One of the things that I get questions about most often is how we feed our kid. This is mostly because we started doing Baby-Led Weaning (BLW), which sounded crazy to most people.

It’s kind of a “new” method, in so much as it has a name. Honestly, this is how so many babies were fed before the 1950’s when high powered blenders came around. It seems like our society has completely forgotten how to feed our kids without purees. It wasn’t even that long ago! Needless to say, I got a lot of comments both negative and positive about how I decided to feed my kid.

Along the way, we hit a few struggles that weren’t necessarily covered in the book (Baby-Lead Weaning) that got me started on this journey. Because of this, and all of the questions, I started to feel overwhelmed. I think it’s important to talk about how our journey actually worked/is working so that others in this position have something to help them along. At this time of this publication, the baby is 9 months old. There is still quite a bit of journey to go, but I plan to do an update in a few more months.

BLW is based on the idea that babies don’t actually need to start with purees. It avoids using spoons and includes offering your baby (age appropriate) foods. These foods are typically soft and cut or mashed into small manageable pieces, that they can pick up themselves. To start the food is typically cut into long french fry shapes at first. Babies don’t have the mechanisms to bring food to their mouth, open their fist and put it in right away. The french fry shape allows them to gnaw on the ends to eat. 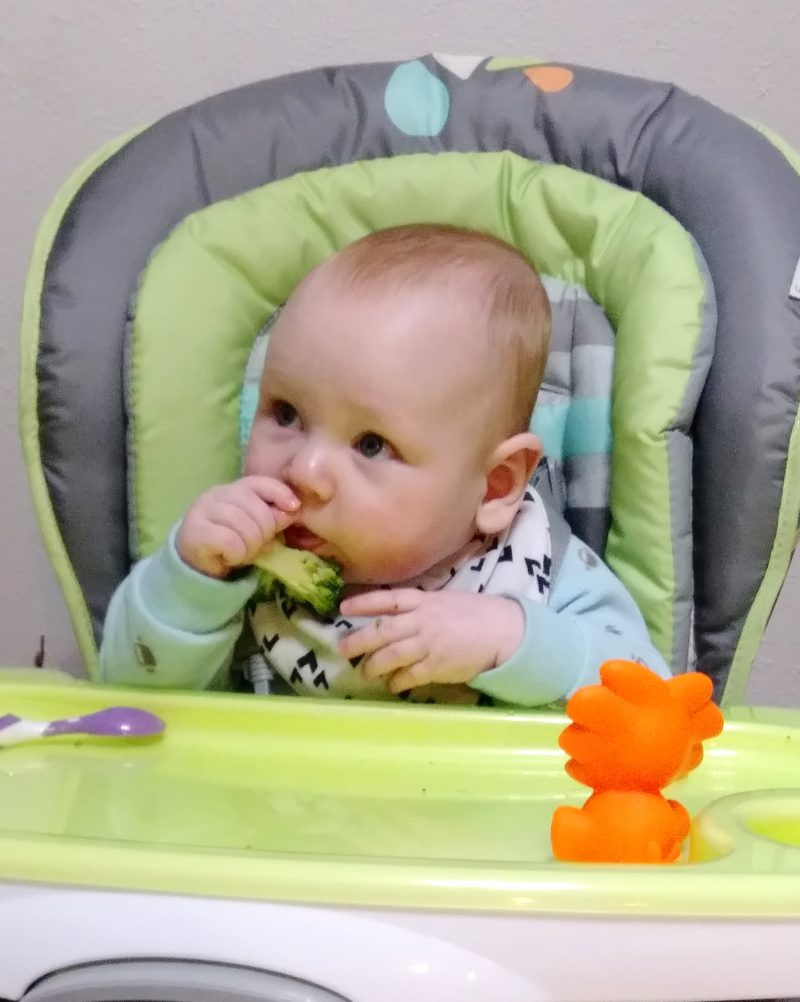 At roughly 5 months, the baby started showing initial interest in whatever mom and dad were eating at the time. Mostly he just wanted to touch it. At 5 1/2 months, we started to let him take little nibbles off our fingers, mostly of sauces, or tiny bits of bread. Each and every time he wanted more. From what I’m reading this seems to be a rarity, most kids apparently have no real interest until much later. What can I say? He takes after his parents and loves food.

At the very beginning, everyone seemed ok with the BLW plan. That was until he figured out how to bite off really big pieces of food from the sticks he was provided. This took all of a week. Then suddenly everyone, Chuck, and Miss Amy (his caregiver while mom works) included were terrified that he would choke. The book does explain that babies have an enhanced gag reflex that’s further up their throat than ours is. This means that they make some pretty terrible sounds while eating, but they are really just learning how to move the food around their mouths. That explanation did not help the worry-warts.

This, however, is another reason I was okay with adding some spoon feeding (with him leading the way). It allowed him to be part of the meal (eating what we were as described above), but also made his caregivers more comfortable with feeding him. Especially when I wasn’t there. I think it’s important to recognize that his main caregivers needed to be comfortable with what was happening as well as myself. After the first few weeks, we ended up with a mix of BLW and spoon feeding (again he was feeding himself with a loaded spoon). This mix worked well for everyone, including the baby.

We did not give him chunks of meat or a chicken leg to suck or gnaw on as was suggested early on. Firstly, we were feeding him a balanced diet with plenty of other vegetable proteins and iron. Secondly, it grossed me out (meat should not be sucked on like a lollipop). He did get meat occasionally from various meat sauces or gravies when we had them, but we never purposefully gave him meat. It’s just not necessary in my opinion. Remember, I’ve cut a lot of meat out of my diet, but that’s a discussion for another day. 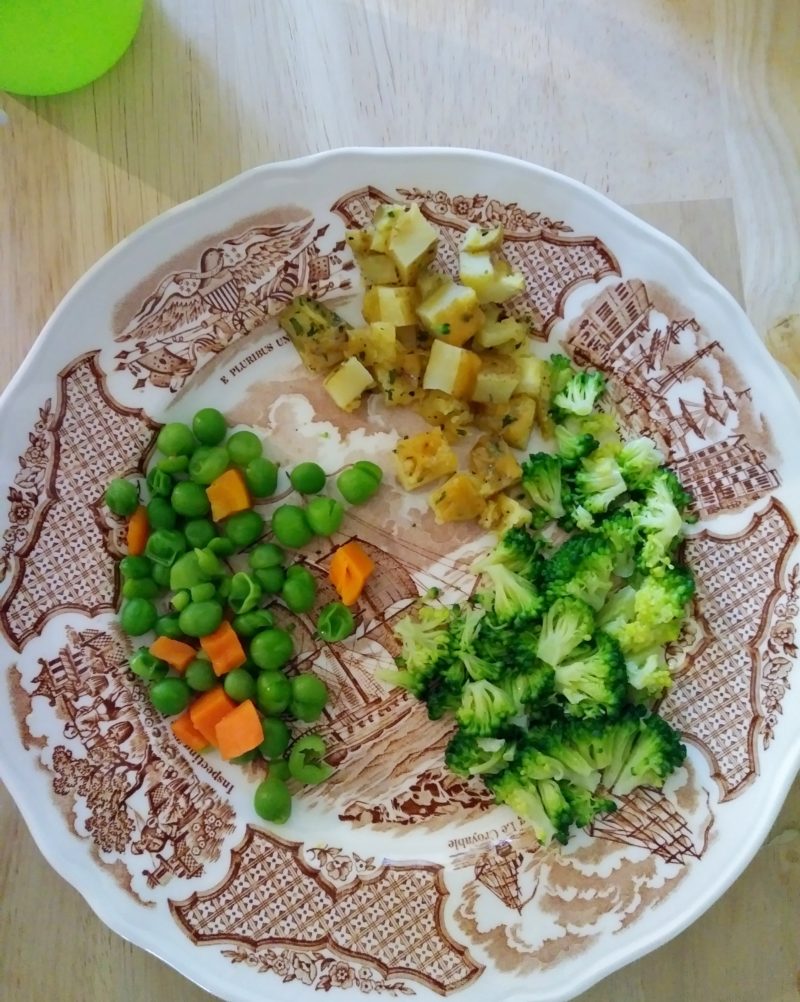 Around 8 months the baby figured out how to open his fist to put food in his mouth. Now, it was a whole new ball game. Instead of biting off chunks of food from the sticks we prepared him he began to shove the whole thing into his mouth. There was a lot of fishing things back out of his mouth. Talk about giving dad a heart attack. We pretty quickly switched to cutting the food up into bite size pieces for him.

He still hasn’t got any time for pasta, he just wants whatever sauce is on it. At this age, he has had even less interest in his own food but wants what mom and dad are eating. Even if it’s the same thing, he just wants what’s on our plates instead of his. Additionally, any and all snacks are eaten in front of him need to be shared or you have one grumpy baby. He really doesn’t like the idea of missing out. 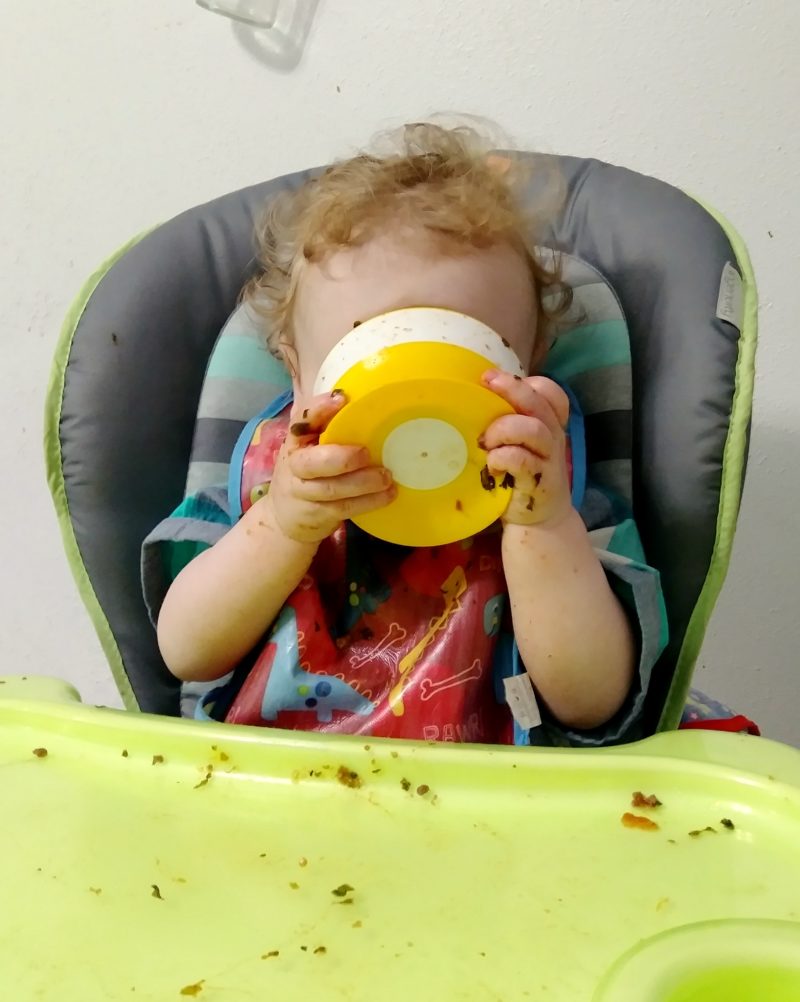 By 11 months he pretty much had the whole process down and was eating everything we were, just cut into smaller pieces. As we got more comfortable with his abilities, we started adding in more meats, and different types of vegetables. Turns out this kid loves the crispy ends of Dad’s Potato Hash Browns, spicy sausage, legumes of all kinds, and pork chops dipped in applesauce.

Now that we have hit this stage everything just feels easier. There’s not so much worry that my meal won’t work for him, because he basically eats everything without judgment.

A small note on Breast/formula feeding: Monster was exclusively breastfed until 10 months when another pregnancy caused my supply to irreversibly drop, we began supplementing with formula until 12 months. By 12 months he had self-weaned from breastfeeding and was only taking the formula for the last couple weeks, before switching to whole milk. He is not really a fan of whole milk and will only drink it (4 ounces) warmed in the morning prior to breakfast being served. So he is basically off milk completely, but that extra few minutes to get his breakfast ready without tears is crucial, so we are keeping the am milk for now.

So, almost 1500 words later, I can sum this up by saying I think our journey is going pretty well despite some bumps in the road. This little boy loves to eat. He loves exotic flavors as well as down-home classics. He gets cranky if he can’t get the food in fast enough, but I would rather that than him refusing to eat.

I know I covered a lot here, but I’m happy to answer any further questions.  Whether it’s relating to BLW or just feeding a baby in general. Shoot me an email or write in the comments and I’ll do my best to answer.

I started a series called Monster Meals, outlining what we feed our son from 1 year old on. You can also check out some meals in real-ish time over on my Toddler Meals highlight on Instagram. 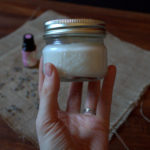 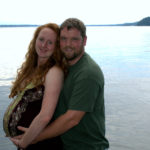 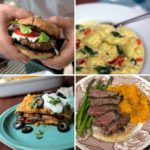