These meatballs could very well be the end all be all of meatballs. They are downright amazing! Not that one would expect anything less from a Swedish meatball. I have yet to meet anyone who doesn’t like them (sans the vegetarian/vegan crowd – but they don’t count here). 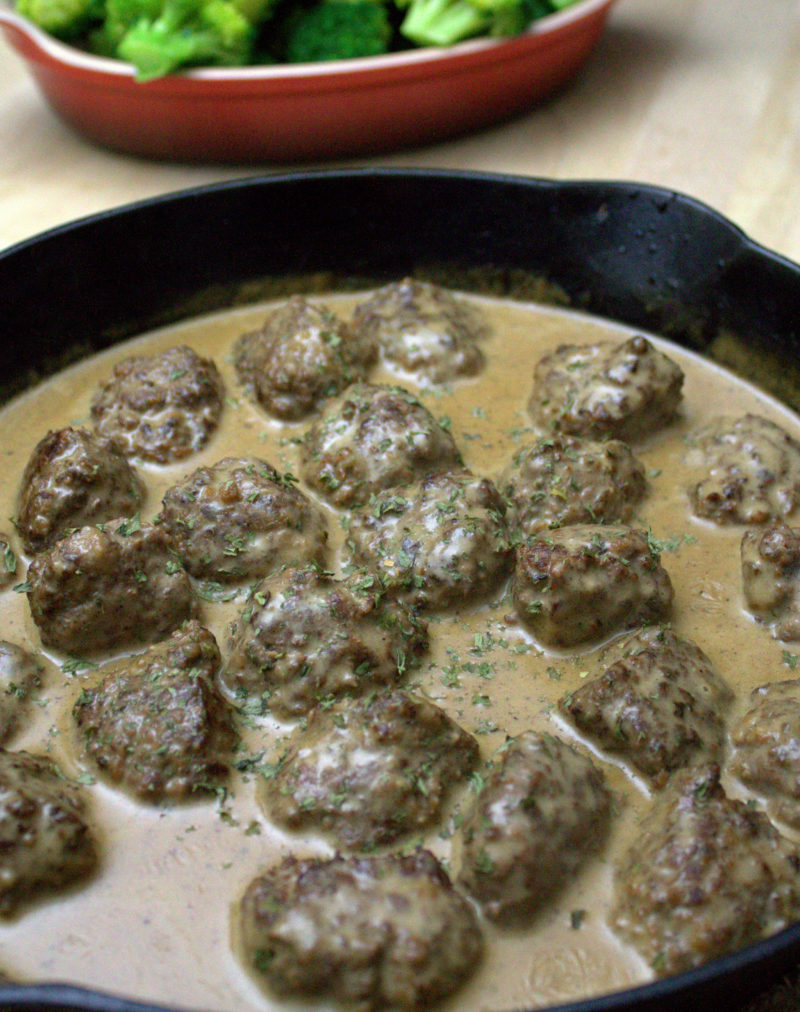 I made a double batch to freeze and to photograph them for the blog again last week, and I’m pretty sure Chuck ate his weight in them. Needless to say, there were none left to freeze. Lesson learned, make these on a day when he’s not home.

This particular recipe is adapted from the book Buck, Buck, Moose. The only major difference is that I used heavy cream in mine instead of sour cream. I have found that the debate on which one to use is a pretty lengthy one. I tend to just use what I already have on hand because we don’t like to waste in this house. Yes, that does have an effect on the flavor, but sometimes it’s nice to change it up, and again we don’t like to waste. 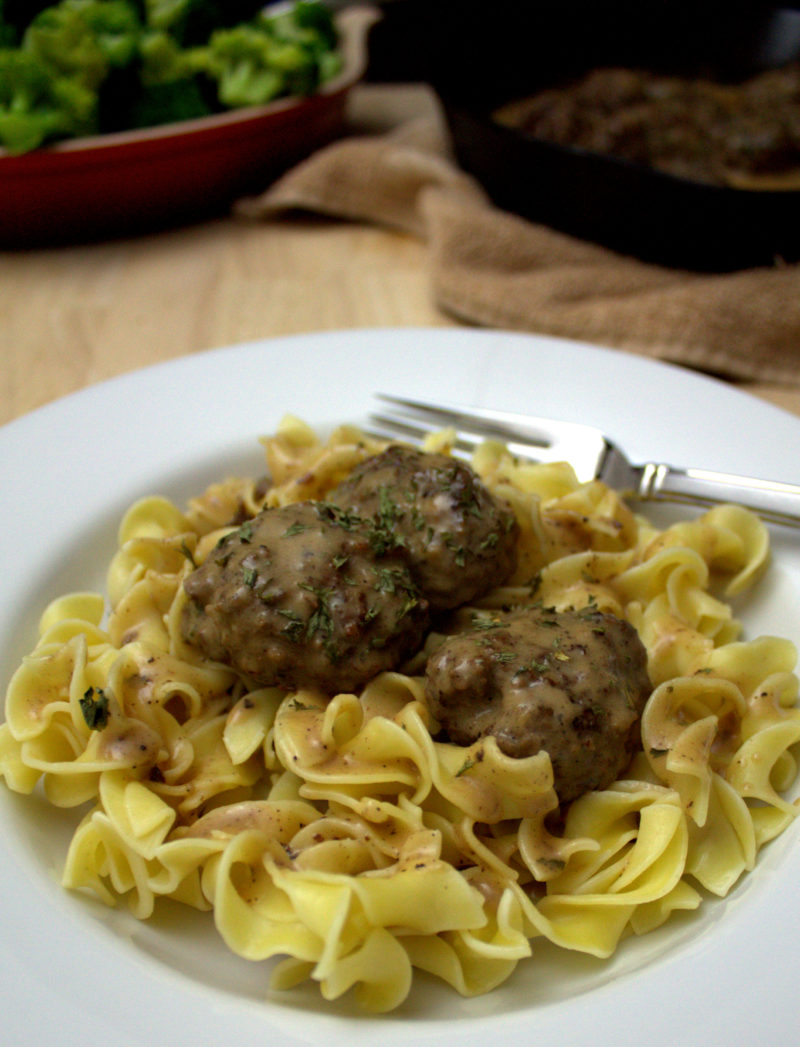 What I like the most about these meatballs is the flavor of the actual meatball. I’ve seen so many Swedish meatball recipes that don’t utilize allspice and caraway enough. These are fun spices that I don’t feel get enough attention in modern cuisine. Here they shine in a wonderful and delicious way.

I serve them over egg noodles because that’s how I grew up eating them, but rice or mashed potatoes work as well. Basically, any starchy vehicle that allows you to soak up that delicious sauce is a great choice. I also made steamed broccoli, because we eat something green with every meal, a salad, and a side of cranberry sauce (it’s traditional). 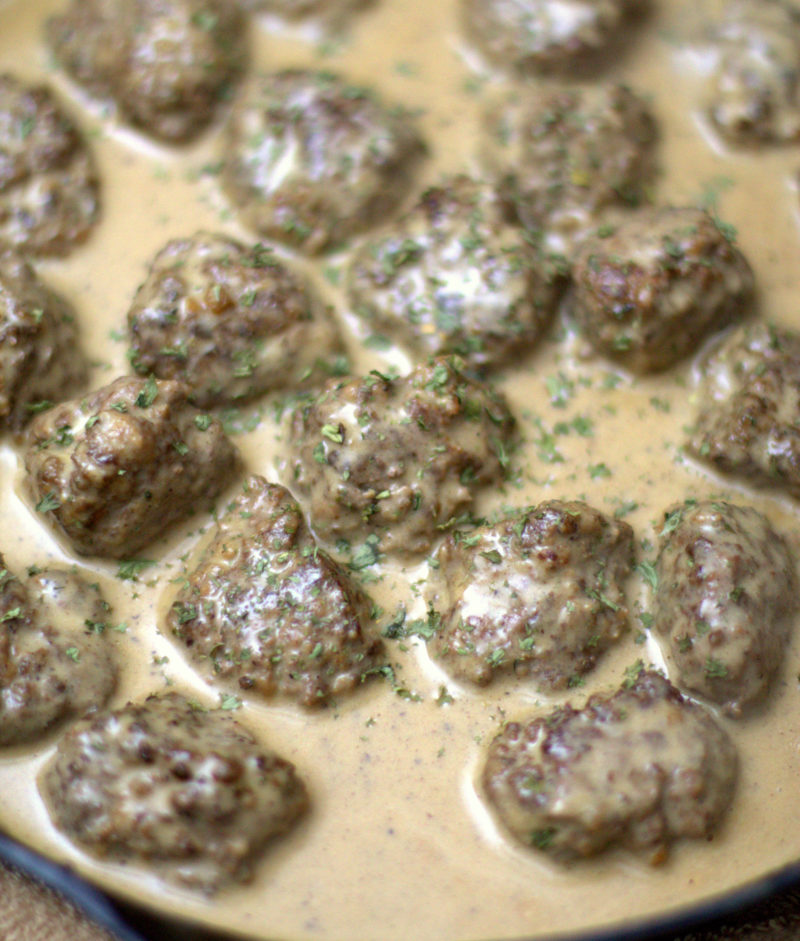 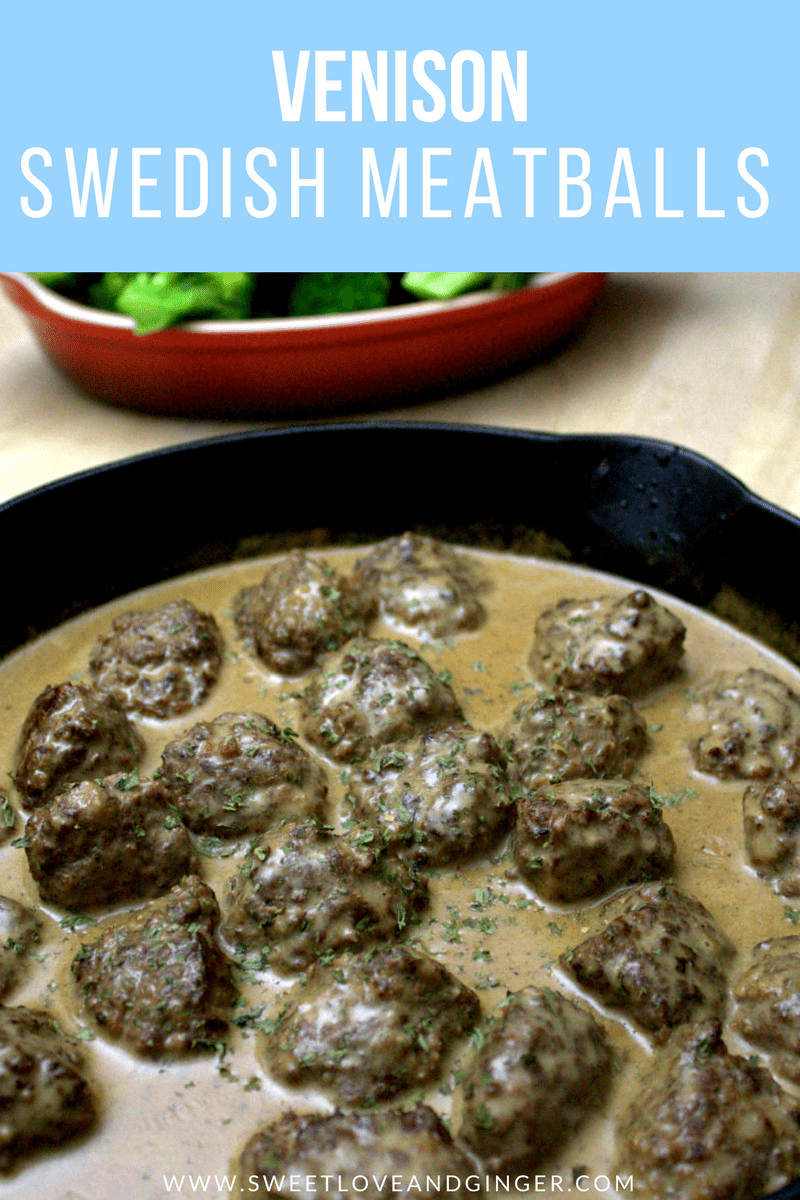 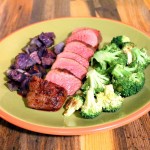 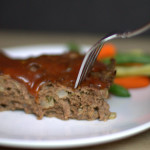 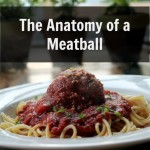 Anatomy of a Meatball