I’m
the kinda girl who…
Hates choosing a restaurant. I never
know what I want before scanning a menu. I love food way too much.
Loves a well made bed. There is
nothing better than falling into fresh soft warm sheets.
Has 15 voice mails that she has no plans
on listening to.
Has a thing for offbeat movies.
Is surprisingly easy to upset,
though I hardly ever outwardly show it.
Hides during scary movies and will
have nightmares thereafter for even thinking about that time she watched that
movie.
Loves a good long soak in the tub.

Hates looking at herself. Not like I hate myself or anything it just feels
awkward if I’m not doing my make up or something.

Really loves her legs. They may be
white as paper and a pain to well fitting pants but they are long and shapely,
and I love that about them.
Would rather give in than fight
about anything. How much is really worth hurting anyone’s feelings?

Hates “fruity” drink but loves to
put actual fruit in her drinks.
Loves drinking whiskey, but hates
the after effects.
Loves morning, but appreciates sleeping
in once in a while.
Finds stretching therapeutic. Not
like yoga but post work out stretches my mind just wanders while my body melts
into the stretch and it is seriously the best thing in the whole world (next to
mac & Cheese).
Leaves the
house 15-20 minutes after waking up. I don’t put on make up or do my hair for
work. I eat breakfast when I get there while I check me email. I’m pretty low maintenance.
usually only puts make up on to meet my
girlfriends or go on a date with Chuck.
Could wear a
dress every day. If you are in a dress and your hair looks like crap it’s a look,
but if you are in leggings or jeans then you’re lazy. I’ll take the dress and
skip the rest of it please.
Could eat cheese in some shape or
form Every. Single. Day.
Has no idea what she wants in life, or
where she’s heading and is perfectly ok with that most of the time.
What kind of girl are you?

Thanks holly! This is one of those things that really makes you think!

Fall is quite possibly my favorite season (it’s a close race with spring), but I’m pretty sure that it is Chuck’s too. He mentioned wanting to go on a picnic several weeks ago, and we just never had the chance to go until this weekend, only to find out it was supposed to rain.

We decided on Thursday night that we would both sneak out of work early and go Friday evening. I thought this would be the perfect time to showcase my favorite fall picnic treats here on the blog, so I tossed together a really fabulous meal. We found a local park on the river with beautiful willow trees to sit under and laid out our blanket.

It was as we were finishing the last of treats and wine that Chuck told me he wanted to talk to me. He made me turn to face him. Then he pulled out a small box, and I had a complete breakdown. It took a few minutes and him asking me twice before I could say yes, but we are now engaged!

I’m sorry I don’t have more better pictures for you, but I was enjoying my
moment. I plan to follow this up with a couple of pretty awesome recipes in the next few days or so, so hang tight.

I just couldn’t help but share this little story of mine. I’m so happy, and feel
so incredibly blessed that I really can’t put it into words. 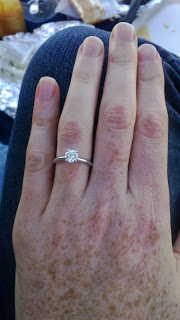 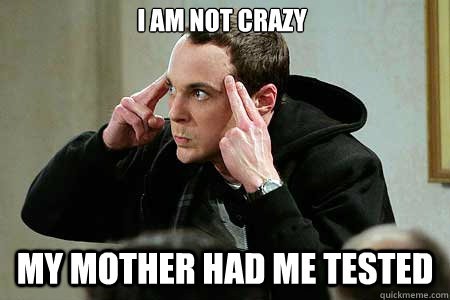 The last few weeks have been a doosey.
I blame february. It’s always been ba weird month for me.

The first week of the month I had a stomach bug so I couldn’t eat a thing for days! It was miserable.
The following week after snowboarding I got a pinched nerve or a kink or something in my back that made turning my head or moving my left arm complete agony. That put a huge crap in boot camp, but I still went.
Until the final week.
I am so mad about this.
Work took over my whole life for a few weeks.
I’m talking at work by 6 leaving around 9 and weekends. Not to mention the sleeplessness, and wierd work dreams.

I actually dreamed that I was using a software and got all this work done only to get to the office in the morning and realize it was a dream.

I know some people work like this all the time, and that’s fine if it works for them, but it doesn’t work for me.
I was an emotional wreck, easily frustrated, wicked grumpy, and over tired.

I completly failed at the FabAB challange. I mean I tried really hard to keep up, even doing it on my lunch break at work, until there was no break to be had. I just did whatever workout was on that date, even if I missed the others. Honestly, though I think I missed more than I completed. I will probably try to do this again next month.

And I missed the last week of boot camp. I AM SO MAD.

I paid for the whole darn class!
I learned a lot from it, and I can do a lot of it at home, but I really enjoyed the way that our coach pushed us. I had a blast at that class.
What else happened this month?
Oh yeah Chuck and I decided to get a dog.
Then I was offered a new job.
Then we decided we are moving.

My head is a complete mess right now.
There is so much going on. I haven’t been able to do laundry in forever, or dishes, or cook a real meal.
Though I have come up with about a million new crock pot recipes, and chuck has been a huge help.
He has learned to cook so much lately; it’s very impressive, especially since he’s been feeling under the weather for a few weeks as well.
I don’t think things will settle down for a while, but here’s to hoping!
I promise to try my hardest to keep up on the blogosphere, though there are no guarantees.

I will be posting some guest posts for the next week or two until we are moved and settled and what not.

I do have some changes planned so hold tight.
Much love!