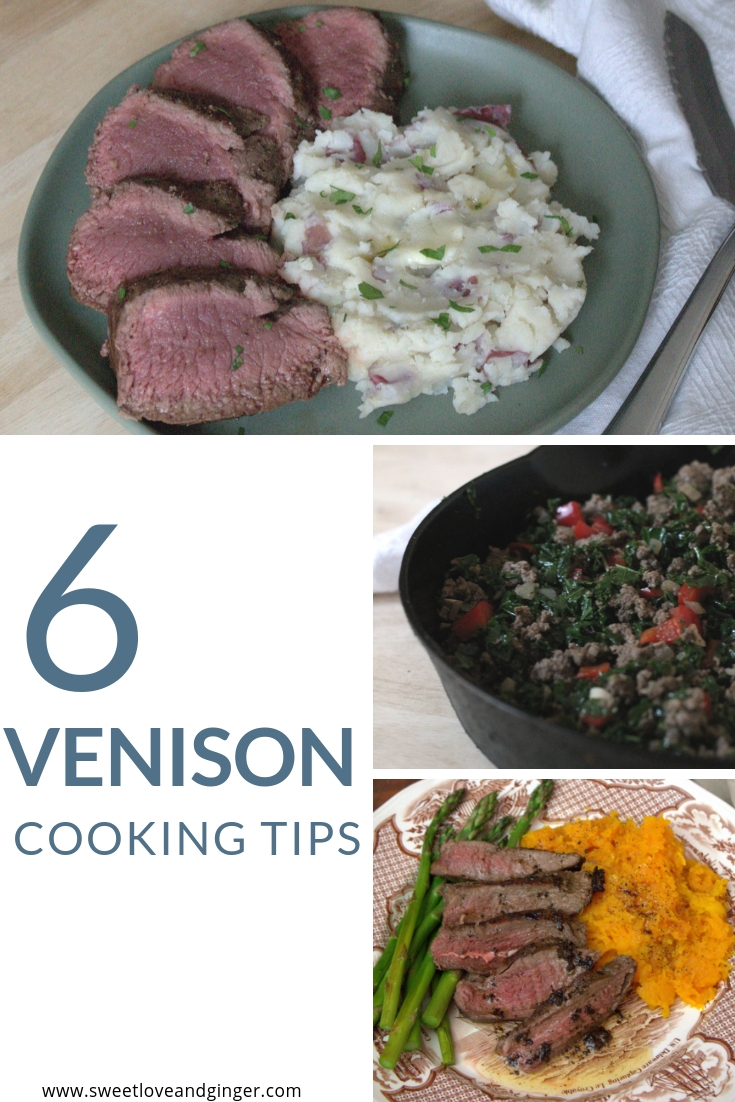 In this house we eat a lot of venison, in fact, it’s our favorite meat. This admission is often met with skepticism, as it seems there are quite a few people that have tried venison once and decided it wasn’t for them. I usually chalk this up to bad preparation. More times than I can count I’ve been able to change these skeptic’s minds with a deer that’s been butchered and prepared myself. While I don’t claim to be an expert, however, I’ve spent a good portion of my life watching my dad and then butchering and preparing venison on my own.

Over the years I’ve found that there are a few distinct things that make all the difference when preparing venison. Here I’ve collected 6 tips for cooking venison.

If you aren’t butchering the deer yourself, it’s important to talk to your butcher and ensure that the meat will be prepared the way that you want it. For example, how long do they age the meat? Aging the meat makes it more tender and releases some of the extra gaminess. If they don’t age it as long as you would like (7 to 14 days is a good amount of time) maybe you could age let it hang at your own home for a bit to strike the right balance. Other things you will want to know is what type of fat they use (if any) when making up the ground meat.

The silver skin is the thing that makes it tough and difficult to eat. It also holds some of the gamey flavor (though a lot of that depends on what the deer eats). It’s ok to leave some of it on, lighter silver skin is fine, especially if you plan to grind the meat, but larger pieces will make it chewy. Just give it a look over before cooking, it’s easy for you or the butcher to miss some when going through the whole deer. 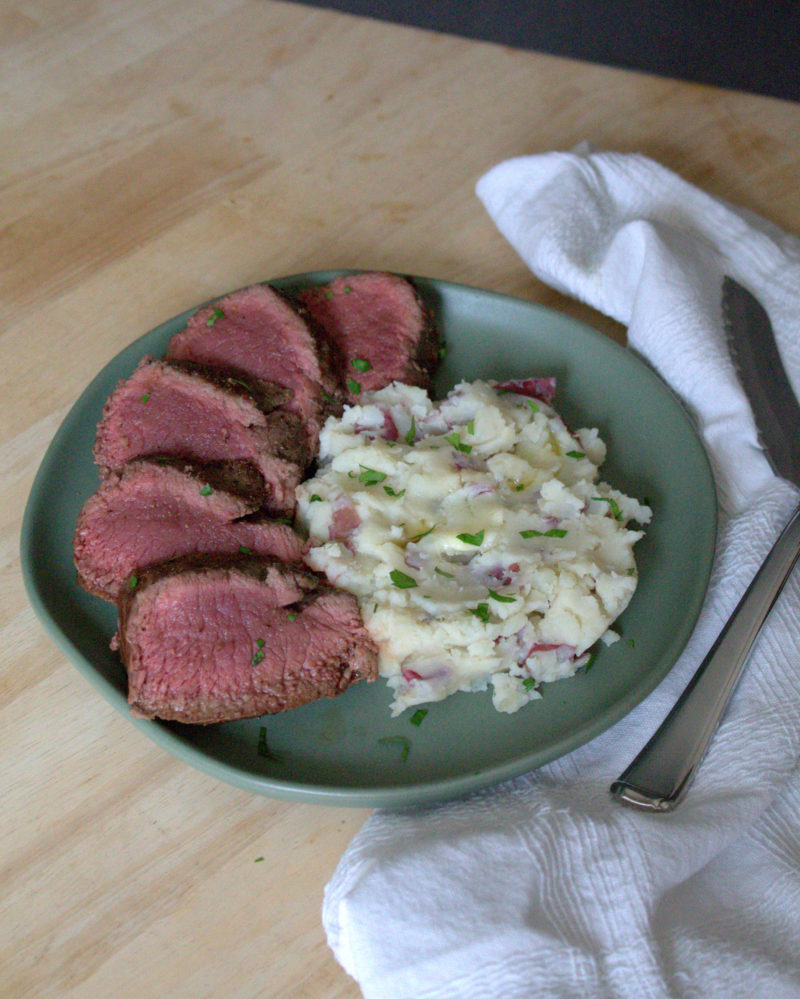 Keep it rare if you dare

The number one mistake I see people make is that they overcook it. Venison is a lean meat and should be served rare to medium-rare. The only exception is if you plan to slow roast or braise it. A well-done venison steak does not come out the same as a well-done beef steak. Beef has a lot more fat and marbling, which allows it to remain somewhat juicy, and tender. Well done venison will more than likely become rubbery. Similarly, use the proper cooking method for the cut of meat. Steaks and loins should be seared, most of the shoulder, neck and hind leg cuts will do best with low and slow cooking.

Again venison is a very lean meat, it helps to add fat to the cooking process. I like to cook all my steaks in a good amount of butter. Roasts usually get bacon. Alternatively, braising works well to keep the meat juicy without a ton of fat, but you have to cook it until it’s falling apart, which depending on the cut could take hours.

Cook it Warm and Well Seasoned

This is a rule for cooking any meat but never cook meat cold, from the fridge. You want to come up to room temperature first. Once it’s warm, you want to make sure it’s dry and then give it a good seasoning with salt and pepper. Damp meat will steam instead of sear, causing it to become rubbery. The salt and pepper help to create a crust as the surface of the meat cooks in the pan. 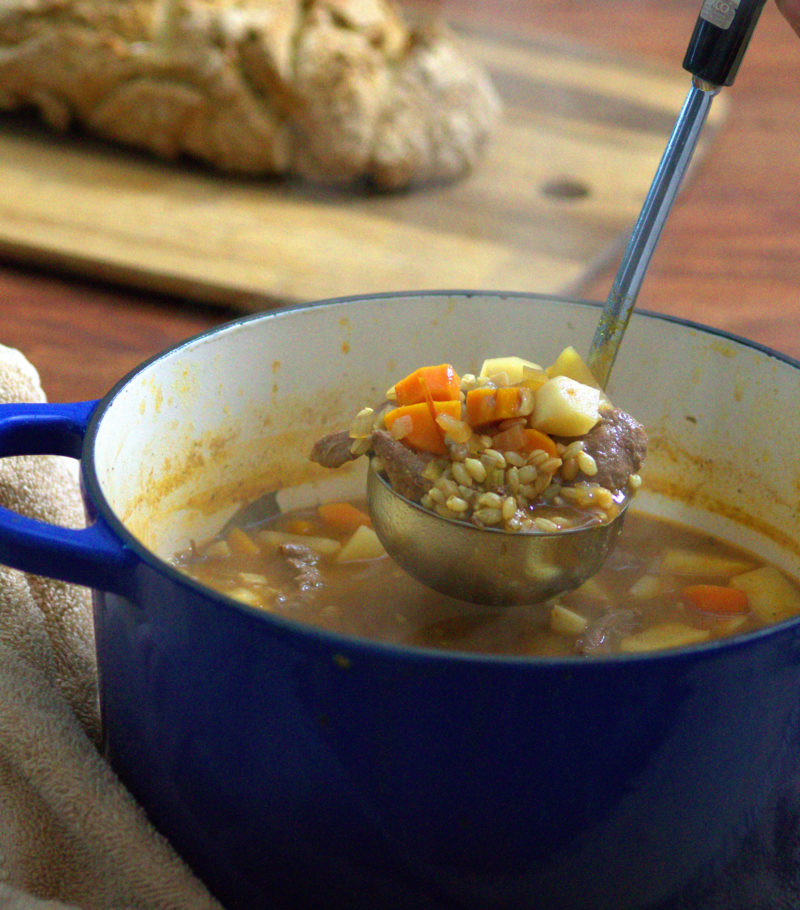 Add the Venison Last in Soups and Stews

Venison is a great option for soups and stews, especially those little pieces that are always leftover during butchering. However, if you put those pieces in at the beginning of the dish they will overcook and get chewy. Instead sear the meat first, without cooking it completely. Then remove it, make the stew and add it back in just to warm through. Check out my Venison Barley Stew recipe for an example.

Keep in mind that individual tastes can make some or even all of these tips invalid. What cooking venison (or anything else) comes down to really, is what you like to eat. I definitely suggest starting with a lot of the basics discussed here and experimenting yourself to find out what suits your personal tastes.