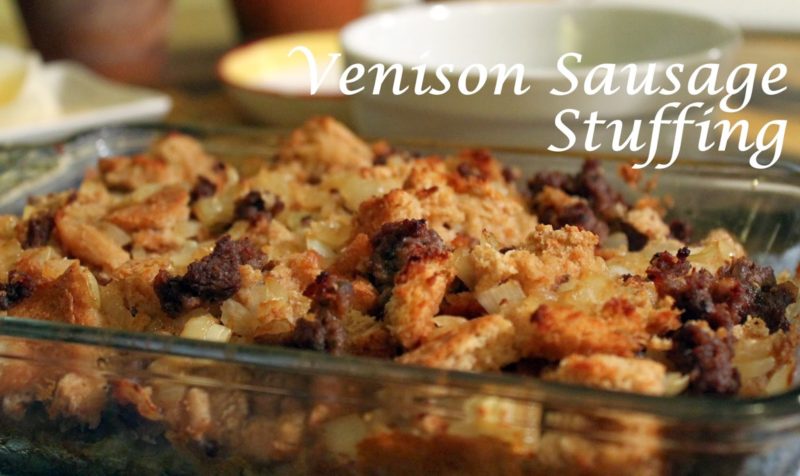 I’m so incredibly excited to share this recipe with you today.

It’s a recipe that I got from Miss Amy, kind of. She’s not exactly one to write down what she does or how she does it, so there is definitely some improvisation in nearly everything she makes based on what she has on hand. This of course makes it difficult for me or anyone else to recreate it. I can usually figure it out pretty easily. I mean most of these recipes I have seen made about 8 bajillion times but once in a while there is just one that I cannot for the life of me get right.

This is one of those recipes.

It only took me 2 or 3 YEARS to get right. I didn’t make it often at first because I could never get it right, but this winter I made it my life goal, and after several unsuccessful attempts I think I’ve finally gotten it.

You see this is one of Chuck’s favorite things ever so it’s kind of imperative that I get it right. I don’t think it would make or break the relationship or anything but I like pleasing him, so it became pretty important to me, and he was happy to be my guinea pig. 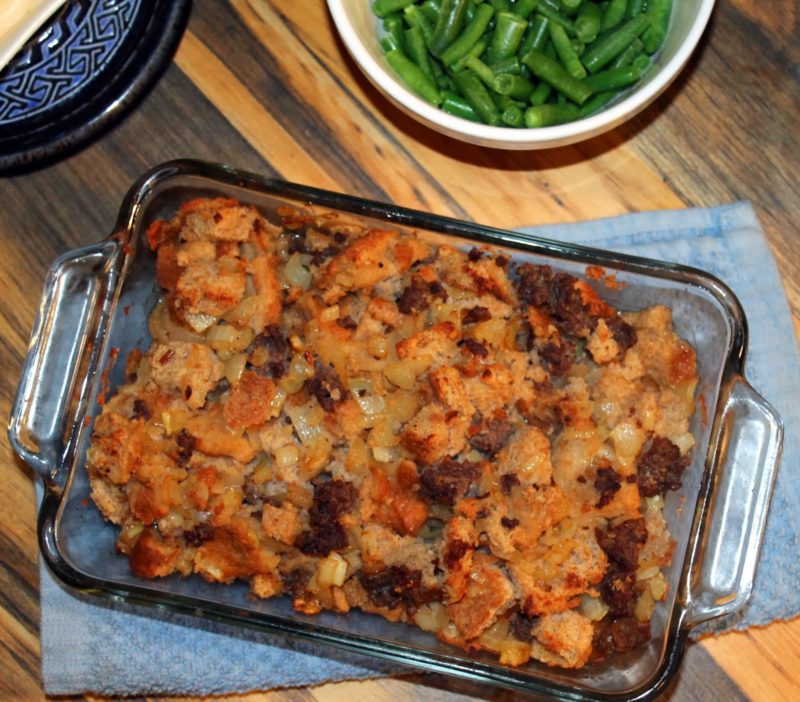 The thing is with stuffing that it’s very dependent on personal preference. I know quite a few people who prefer it dry and others that prefer more of a chunky-pudding consistency. Personally I like it exactly in the middle, and that’s what made getting it right hard.

Now if you don’t have or are not a fan of venison sausage just swap it out for any other sausage you prefer, it will change the flavor a bit, but not the recipe.

If you do prefer it moister I would suggest not uncovering it while it cooks, before you try adding more liquid. It makes a big difference. If you like it dryer simply uncover it sooner. However I would do this in small increments because a lot can happen in a minute or two in the oven. 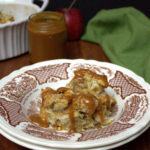 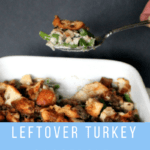 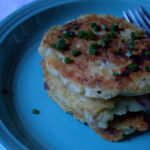 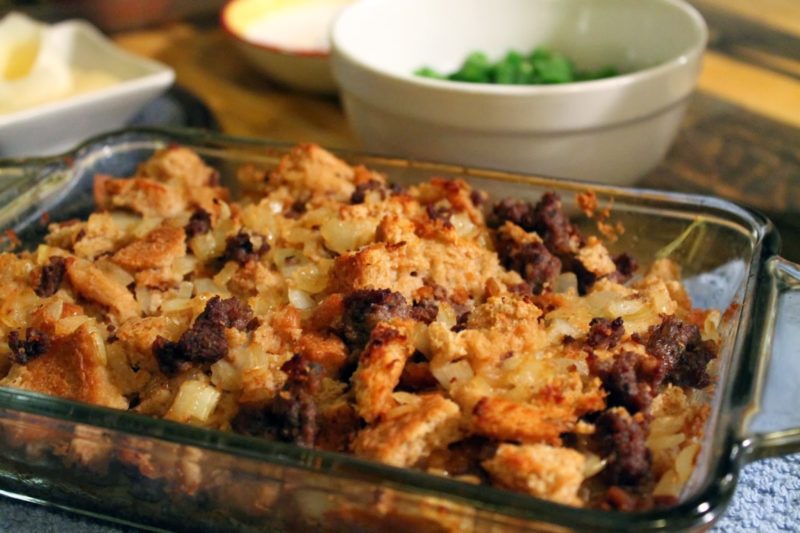 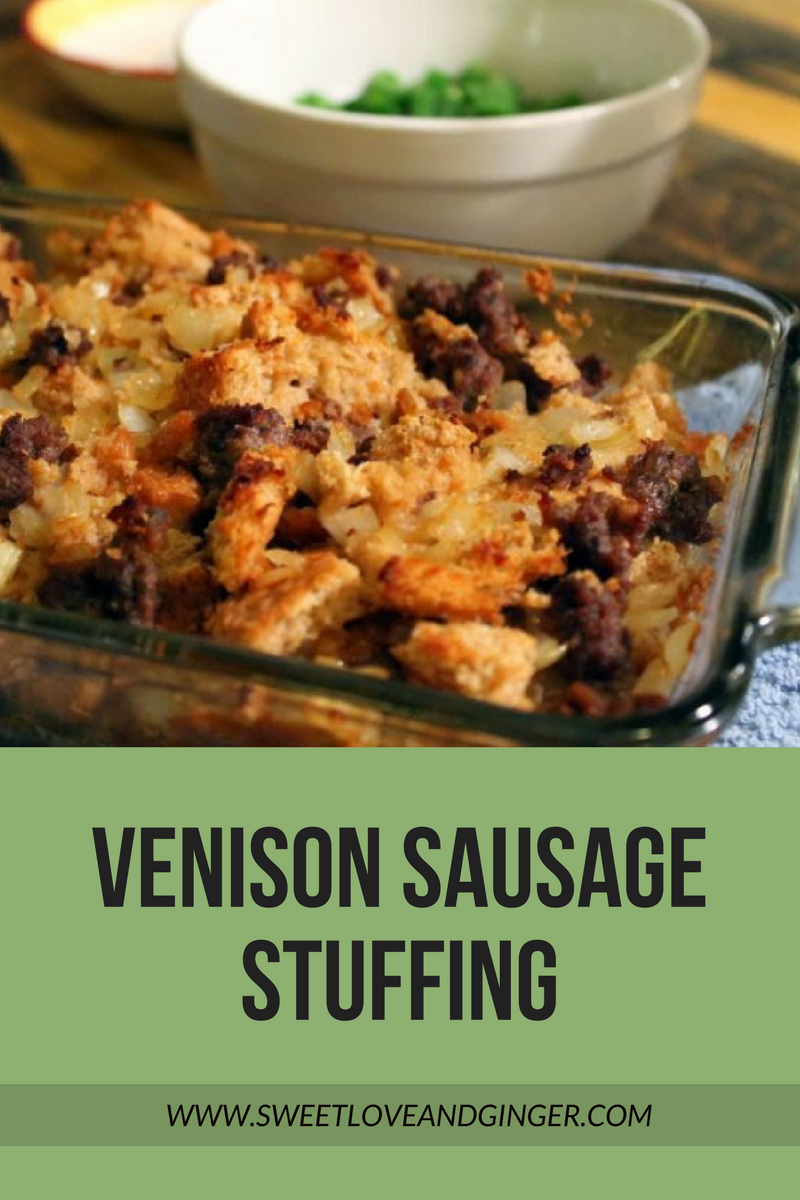